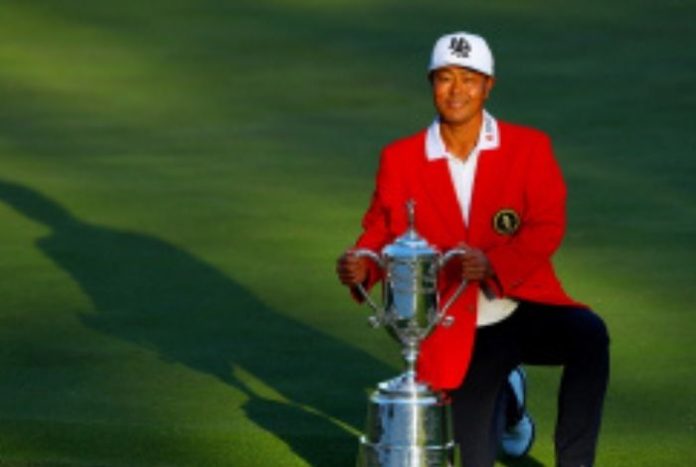 Playing for the 34th time in the leader group on the final day, Hideto Tanihara won the SMBC VISA Taiheiyo Masters.

Hideto came to the par-5 18th with a one-shot lead against Takumi Kanaya. Both found the the left-side bunker but Hideto landed a few metres further than Takumi for a birdie chance, which he drained to close the deal.

“It has been a long time since I won, so I was pretty shaky, but I continued to fight as I like this feeling. I can’t feel the pressure and excitement without spectators on the course, but thanks to their presence I could have this great victory.”

Sunday was the 4th time this season and the 34th occasion when Hideto played the final group on the last day. He led by four at one point but the back nine was a see-saw affair.

Takumi Kanaya, Takahiro Hataji, and Hideto Tanihara hail from the Hiroshima Prefecture, and Hideto had a blast winning against the young crop.

“Maybe they took into consideration that they should let the hometown elderly win,” joked Hideto.