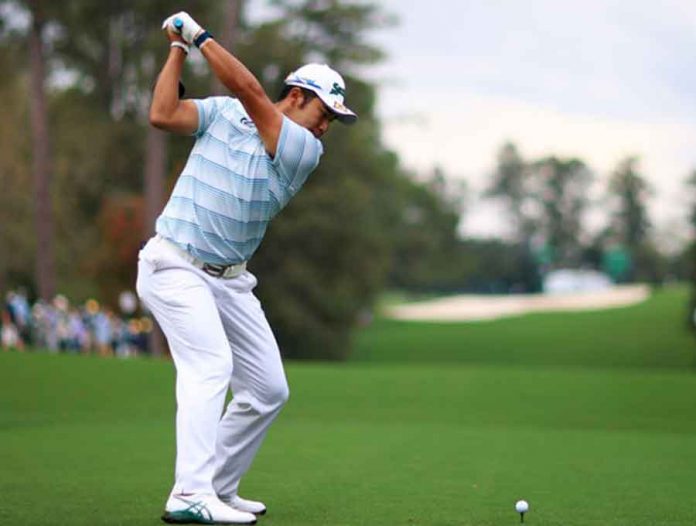 With the 100-day countdown for the rescheduled Tokyo 2020 Olympic Games about to begin, the hosts of the 32nd Olympiad took time out to make special mention about Matsuyama Hideki, the 2021 Masters champion.

Tokyo2020.org, official website of the 2020 Olympics Games, had dedicated two reports on its landing page to celebrate the historic date for Japanese golf. The 29-year-old Matsuyama has become the first Japanese male golfer to win a major title as he donned the famed green jacket in Augusta. He also becomes the only second Asian to accomplish the feat after Yang Yong-eun of South Korea, the 2009 Masters champion.

Two female golfers, Higuchi Hisako (1977) and Shibuno Hinako (2019), have won majors for Japan in the past.

The Tokyo 2020 website, while publishing a series of social media posts, also mentioned five little-known facts about Matsuyama, who hit a final day round of 73 to finish on under-10, two-shots lead over second-placed 24-year-old debutant Will Zalatoris.

The website has published the following five facts about the reigning Masters champion.

His social media is the reserve of a few game shots and his personal life is rarely on show or talked about in interviews.

Despite his discretion, the star golfer keeps his personal life private. A married man and father, Matsuyama revealed at the 2017 Northern Trust in August that he had got married in January of that same year.

What made him keep it under wraps for so long? “No one really asked me if I was married,” he then said and added “so I didn’t have to answer that question.”

A WINNER AT TOKYO 2020 OLYMPIC COURSE

He was introduced to golf by his father at the tender age of 4. He later moved high schools to have access to better golf facilities. Watching
Tiger Woods win the 1997 Masters is one of his greatest memories while growing as a golfer.

Hideki became the world’s number one male amateur in June 2012, holding onto that ranking for one week.

Matsuyama had become the first Japanese amateur to qualify for the Masters with victory at the Asia-Amateur Championship in 2010. Interestingly the win had come at the Kasumigaseki Country Club, venue for the Tokyo 2020 Olympic competition. He won the event again in 2011, becoming the only player to date to win two successive titles there. While the course has had a pre-Olympic revamp, he will still take fond memories and positive energy into play this summer.

The ace Japanese golfer beyond the fairway gets involved in charity and social work too. Recently he and fellow Japanese golfer Ishikawa Ryo raised funds to donate to a support group helping people during the coronavirus pandemic.

The players listed golf gear and merchandise in summer 2020 and also shot YouTube videos of the two in practice and conversation.

The pair said that showcasing their decided the best way they could contribute to the battle against the pandemic was to showcase their activities to fans.

The pause at the top of his backswing has become famous with dozens of slow-mo analysis online videos, which will likely multiply after this weekend’s feat.

Japan’s top pro golfer terms it the result of trying to be “as slow as I can at the top”.

His game will be analysed and dismantled and put back together for some time to come but for Matsuyama, and the millions of Japanese fans watching around the world, it’s time to celebrate, they’ll hope there’s more to come Tokyo 2020 this summer, concludes the report by the Olympic Channel.