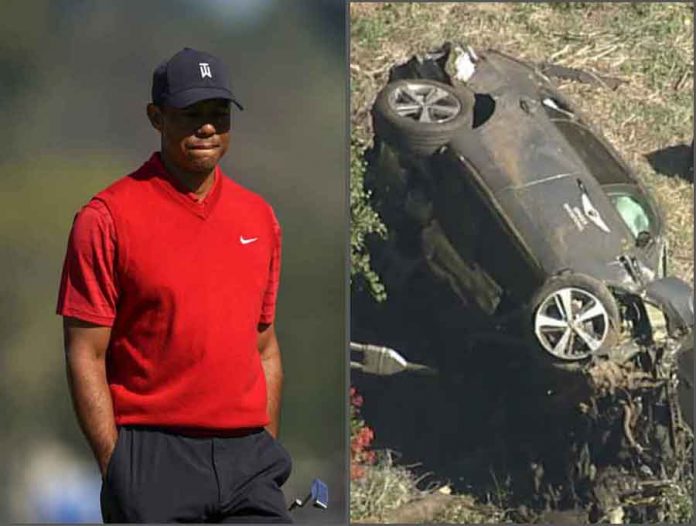 Tiger Woods has suffered serious leg injuries in a road accident on late Tuesday in the Los Angeles.

The golf legend is reported to be out of danger after having undergone a long surgical procedure for multiple injuries. Woods, according to CNN, was critically injured after the SUV he was driving hit the median of a road and rolled over several time before coming to a stop on the other side of the road.

Fire Service had to be summoned to rescue the 45-year-old icon, who was stuck on the driving seat. The 15-time major champion was reportedly conscious, but in a state of shock when the help arrived.

The firemen had to break the windshield of the luxury vehicle and use hydraulic tools to rescue Woods, who was immediately rushed to the closest trauma centre.

Woods, who was not able to stand on his own due to injuries, is reported to be in a serious, but stable condition.

Already nursing a back injury, Woods was expected to be back at the Masters which he had conquered five times. However, the recent injury had cast serious doubts’ not just on Woods’ presence at the Augusta in seven weeks’ time, but also on his future.

Techno music and Ramen, Rahil’s way of beating the blues