It was the thrill of competition that drove Anisha Agarwalla to zero in on golf as a profession. Anisha had sampled the streak from her early years at the Tollygunge Club, and the stint of college golf in the US put a stamp to the call as “I truly got a taste of how much I love to play and compete,” she says.

But there was a rider that stayed till she graduated in International Relations from the University of London through distance learning — academics was to precede golf till graduation.

“My parents were very strict about missing school so playing tournaments outside Kolkata was out of the question.”

Little did Anisha know that as she imbibed knowledge in between her voracious reading habits — sports biographies are a favourite, the art of staying patient was also taking shape, and that was to come handy later.

She began dominating the IGU’s East Zone Tour, but it was only three years ago that she made the quarters of the All India Ladies Amateur Championship. That belief and some coaxing by coach Laurence Brotheridge saw her turn professional in 2019.

The transition was tough and her belief in shambles after “what I can only describe as the worst round of my life in every way” in Hyderabad last year. “Mentally I was all over the place and forced me to take a hard look at what was lacking in me on and off the golf course”.

Reading up Tiger Woods and doodling did help her relax somewhat but that round prompted Anisha “to work on my mental strength and focus through yoga and meditation. On the physical side, strength training and corrective exercises improved specific areas of imbalance and generated more force at the ball”. 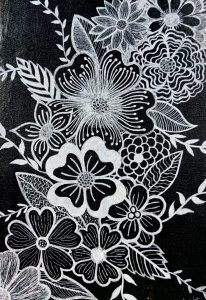 Ready to push the limits with the new work ethics, Anisha was looking forward to her first full season on the Women’s Golf Association of India in 2020 till the pandemic struck. This will pass too, as armed a better understanding of her capabilities, she began competing when the Tour restarted in December last.

More Read:- Diksha ready to renew Olympics quest but will the back hold?