Home Exclusives Excerpts from Round 3 at PGTI MP Cup 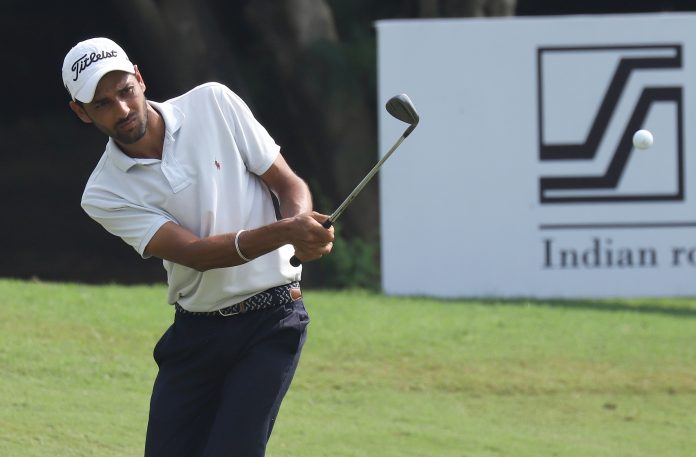 Let’s keep it simple, Angad Cheema is playing good golf. The form and momentum from the T4 at the J&K Open in Srinagar is apparent as Angad will tee off on Friday two off the lead at the PGTI MP Cup. His memories of the Delhi Golf Club are mixed, but Angad will not be focusing on the bad or good weeks.

He does not read too much into the recent finish as well. “I did not played phenomenally well in Srinagar, nor here. It’s just been about keeping the ball in play and sticking to the basics.”

That’ll be mantra as he tees off for the last time at a venue that has grown on him with time. “Love coming here. It’s a beautiful setting, surrounded by nature, its probably one of the best in the world.”

Thirty years have lapsed since Shiv Kapur teed off for the first time at the Delhi Golf Club, but the thrill or nervousness he experiences standing on the first tee stands undiluted.

Outside that, a lot has changed. As a 9-year-old, Shiv shot a 116 in his first junior event here and the feeling was as if the world lay at his feet. Then to now, its #LifeUnderPar as Shiv has played and proved himself across the globe.

The Lodhi Course has undergone an overhaul, and playing his first event since the redesign, it has been the same goosebumps every time he’s teed off at the PGTI MP Cup.

It was as if Thangaraja never stopped playing the PGTI. But the uncertainties of life forced him into a long break from Tour, one that stretched from March 2020 to this week of the PGTI MP Cup.

The pandemic, lockdown, his home course, Royal Colombo Golf Club, shutting down for practice, visa restrictions preventing his entry into India, the genial Sri Lankan has endured a lot the past 18 months.

But watching his silken-smooth putting on the sylvan greens of the Delhi Golf Club makes one wonder if Thanga was actually cooling his heels at home? Tied fifth at 8-under 208, he lies four off the lead going into the final day. Irrespective of the finish on Friday, Thanga, a three-time winner on Tour, has proved a point — talent reigns supreme.