Home Indian Golf Amateurs Golf or shooting, what will it be for Harimohan Singh? 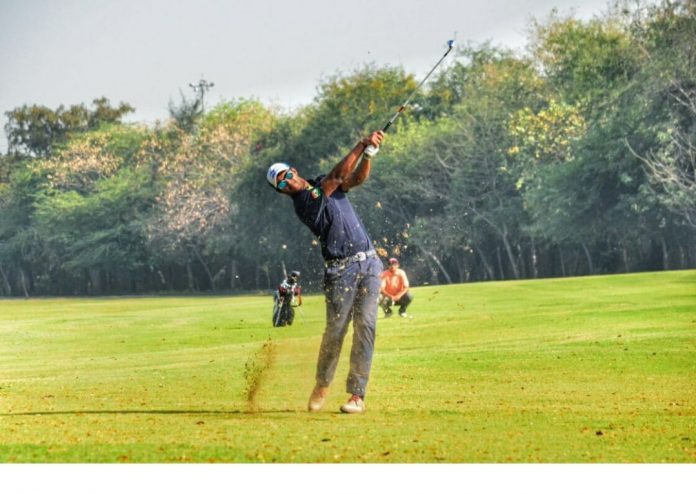 It was unbridled joy when Harimohan Singh made the India team the first time for the 2015 Nomura Cup. Amid the euphoria, there were some words of caution from his father. A hockey Olympian who featured in the 1988 Seoul Games, father Mohinder Pal had experienced top-flight sport from close quarters. While the son donning the India jersey was in no way a lesser moment than MP Singh’s numerous outings on the astro-turf in the blue shirt, it was impressed upon Harimohan that the journey had just commenced. “His advice was don’t rest here, wear an India blazer to the Asian Games,” says the strapping Harimohan.

For that to happen, Harimohan had to keep his place in the squad, which he did except for a brief while in 2019. Before that, it was vindication that the decision to have Harimohan follow MP Singh to the golf course after giving up hockey had paid off. For Harimohan, “playing the 2018 Asian Games was a dream and the biggest platform to represent the country”. That week in Jakarta wasn’t the way he had hoped, it was in fact a reflection of the season, but handed down lessons on mental strength.

Like golf, MP Singh had a part to play to have his son take up shooting in 2017. Whenever Harimohan is in Meerut, the Dronacharya Shooting Academy becomes his training arena. The range is a far cry from the pristine golf courses he is used to, but the dry surroundings are hardly noticed as he trains hard to get better in his pet event, 25m air pistol. With time, some degree of proficiency has been acquired and Harimohan has even qualified from Uttar Pradesh to take part in the national championship.

Despite stepping up in this new-found fascination and shooting being an “excellent stress buster”, the line has been drawn. Golf it is and will be for Harimohan unless it is ordained otherwise. One, it is tough to manage “two expensive sports”, but more than that he feels the calling lies in watching a perfectly lined up putt roll in.