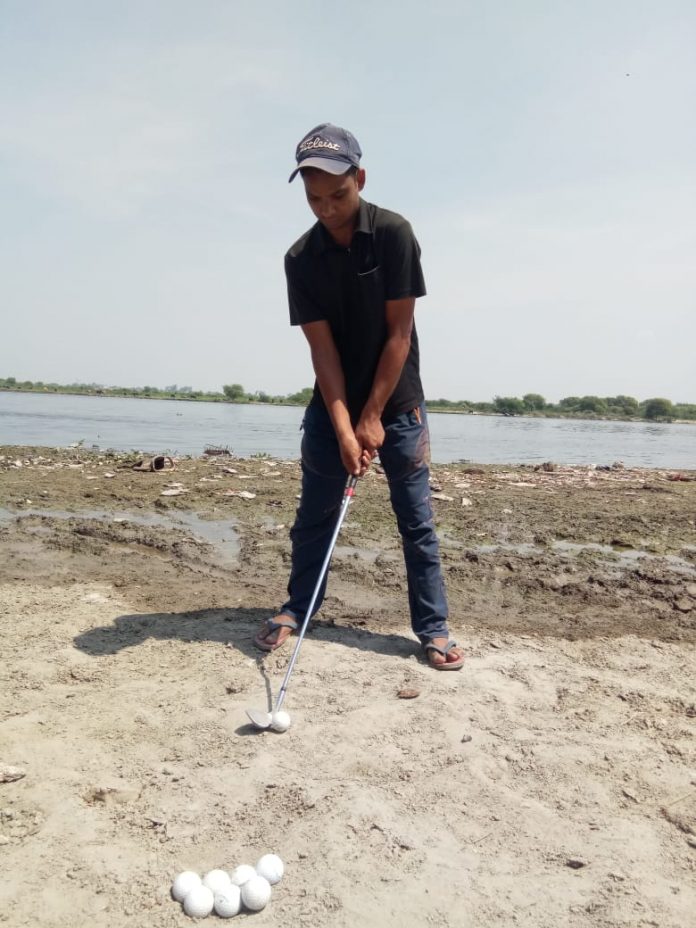 The feeling of the world passing you by can be horrible. Sitting in his Mathura home, Imran Ali experiences it every day. The Army Strike Golf Course, where he used to caddy before lockdown is out of bounds, and the pressure of earning a livelihood is mounting fast.
These days, the 23-year-old lines up for any odd job he learns about while coping with the fear that perhaps his golfing career is over.

Things seemed to be looking up in early 2017 when Imran travelled to Jorhat with some support and qualified for IGU’s amateur circuit. The transition was seamless as he had shown enough spark on the North Zone Feeder Tour, and even won in 2015.

But that was that, as he did not have the means to play the amateur circuit. The shift to Delhi now seemed a futile exercise and all that he did to further his playing prospects. Based at the Qutab Golf Course, he practiced on Wednesdays when the course was shut, and the earnings as a caddy and help from members was used to fund tournaments on the Feeder Tour.

There was always pressure from his large family to supplement earnings, and with time that pull overwhelmed his first love. From late 2018, he was dividing time between coaching at a school in Chandigarh and carrying the bag in Mathura till the pandemic struck and shook his world again. Idle at home for six months save for the odd day of practice by the Yamuna, survival is uppermost on the mind.

But even in these times of despair, Imran is ready with his choice. Golf over a mundane job and a remote shot at the pro circuit. But will his intent stand the test of time?