Going with his upbringing in an Army household, Yuvraj Singh Sandhu has been taught and he now believes that lessons are best learnt when the going is tough. A prime example is the leadup to the 2018 Asian Games. Yuvraj was in the fray to make the golf team to Jakarta but missed out by a shot.

Amid the pain of losing out on a lifetime opportunity, Yuvraj took a decision that set him firmly on a road that led to the professional ranks. “I felt I had played enough amateur golf and it was time to test myself against better players,” he said.

A spot in the Panasonic Open was a way to go about it, and when cut was applied at the Delhi Golf Club, Yuvraj was certain on the road ahead. Shooting +9 and -6, he almost made the weekend in his maiden appearance at an Asian Tour event. What it did was instil belief that “I can make it, but talent is no substitute for hard work”. 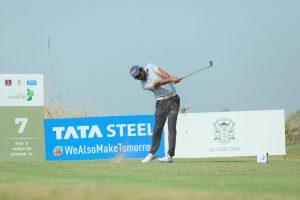 Cut to April 2021. This episode also threw Yuvraj into the deepest end of the pool, just that this time he was not prepared for this reality check. “It came as a shock when I tested positive for COVID as I had been taking all precautions,” said Yuvraj.

Also Read:- In a unique space, Veer Ahlawat ready to step up

The first couple of days were tough but once he reconciled to being in isolation at home in Chandigarh, Yuvraj got down to introspection and drawing up a plan, one that entailed figuring out “where I wanted to be” in the professional space. There was plenty of thanksgiving as well. One, that the rest of his family was safe, the other was “gratitude for what I have”. “There are so many things in our life that we take for granted,” and there was huge relief once the quarantine period ended and Yuvraj could move out of his room.

Stepping into the kitchen, putting on music and brewing the morning cup of coffee was always special but a chore like any other. Not anymore. “Never imagined that life could be such that I wouldn’t be able to make coffee.”

On the work front, there was always the realisation that he had “just one foot down in pro golf”. The time away has had him chalk a roadmap that will ensure the other foot is firmly rooted soon. Terming his brief pro career as a tribute “to a lot of unsung heroes” who have ensured Yuvraj is where he is, the 24-year-old has made more than a mark in a short span. 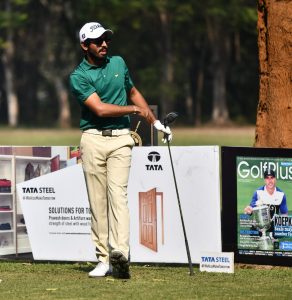 Since his rookie season on the Professional Golf Tour of India in 2019, Yuvraj has two wins on the Feeder Tour. As for the Main Tour, he has contended till deep into the back 9 many times. Falling short too holds a lesson. “I am glad I did not win in 2019 for a victory is often forgotten. My Army upbringing has taught me if you lose, you introspect and attack again,” said Yuvraj.

A lot of that has happened when he was alone in his room. Once the Tour resumes, Yuvraj will mount a charge, aware that he is “calmer and mentally prepared for a win”.