The fickle nature of golf was on display in the way the leaderboard in Category A Boys changed on Day 2 of the 5th Junior NCR Cup, organised by the Delhi Golf Society, on Thursday. Overnight joint leader Ayaan Gupta suffered on the demanding par-72 Lodhi Course of the Delhi Golf Club, and tumbled to fourth with a card of 9-over 81 to go with the opening day’s 75.

The Lodhi Course is a test of character and skill and joint leader Vedant Sirohi showed he can scored on both fronts by punching a level-par card. Coupled with yesterday’s 75, he worked up a useful five-shot lead over Shat Mishra (80, 72). Rakshit Dahiya (81, 73) was a further two shots back.

Ranveer Mitroo played solid golf for the second day running, and with another level-par card established a commanding 10-shot lead over Kartik Singh (78, 76) in ‘B’ Boys. Kanav Chauhan (83, 72) was a shot back of Kartik.

Like Ranveer, Heenaz Khera played steady golf and with consecutive cards of 80 took a four-shot lead over Anvvi Dahhiya, who too had identical scores of 82 for the second day running. Netra Suri lay third and five shots adrift with scores of 84, 85. 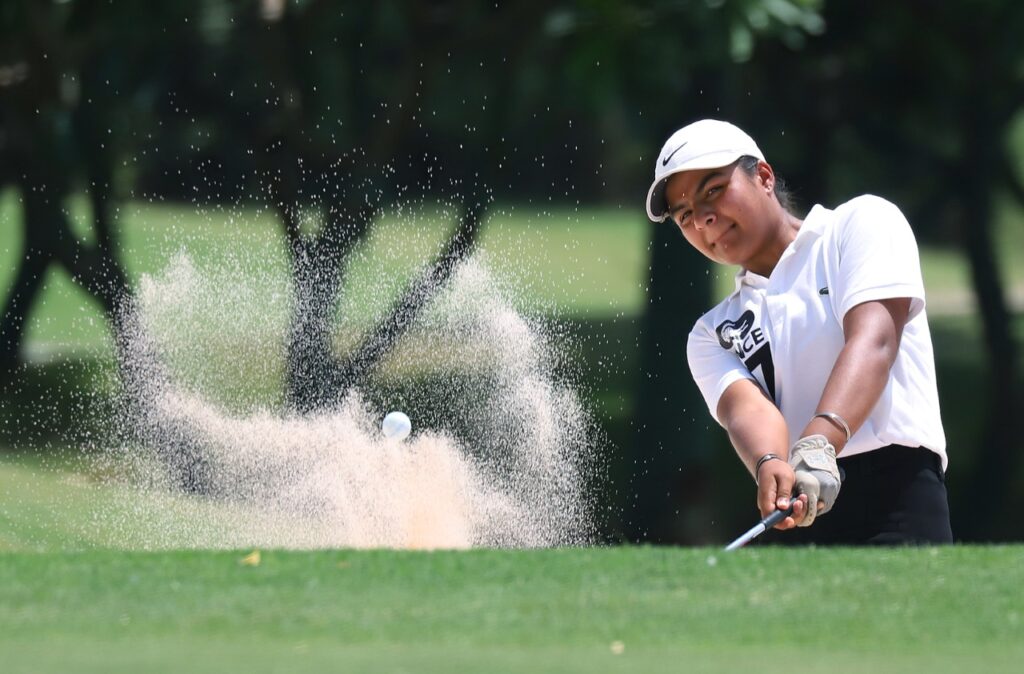 It was Day 1 of action in Category C on the par-62 Peacock Course. Prince Bainsla and Sohang Har Kantor, at 3-over 65, took a two-shot lead among boys. Kairav Singh shot a 67.

In girls, Kashika Senthil and Parnika Sharma (76) were at the top with Yaashna Duggal, Rehnoor Malik and Anee Goel following with 81.

‘D’ Boys did not throw up a surprise as Chaitanya Pandey opened with a 1-over 63 to take a nine-shot lead over Raajveer Singh (72). Vedant Paul was next at 76. In girls, Shiksha Jain’s 67 gave her a handy cushion over Dalisha Chettry at 78. Annika Chendira shot an 81.

Amaira Gulati was the top name in girls in this section, opening with a 4-over 35. Bhuvi Srivastava (43) and Naira Chettry (48) were next.