The pandemic may have spelt differently for a lot of pro golfers with the two phases of lockdown bringing tournaments to a standstill and earnings drying up. Not so for Shamim Khan. Playing pro golf since 1995, the high standards Shamim has set for himself since then and matched up to them season after season have ensured financial worries are not for him.

The problem lies elsewhere, and is not even about going winless since December 2019. Lockdown 1 and now this phase following the deadlier second wave of the pandemic has led to practice getting cut down drastically. For a touch player like Shamim, that is a recipe for disaster.

Anyway, Shamim was never a long hitter and with time the carry of the irons has also come down, but the confidence came from the years of following a routine and emerging on top in crunch situations numerous times.

The record speaks for itself. Second on the all-time chart of the Professional Golf Tour of India with 15 wins, Shamim has never gone without a trophy in a season since 2012 and some of them have been come-from-behind results. 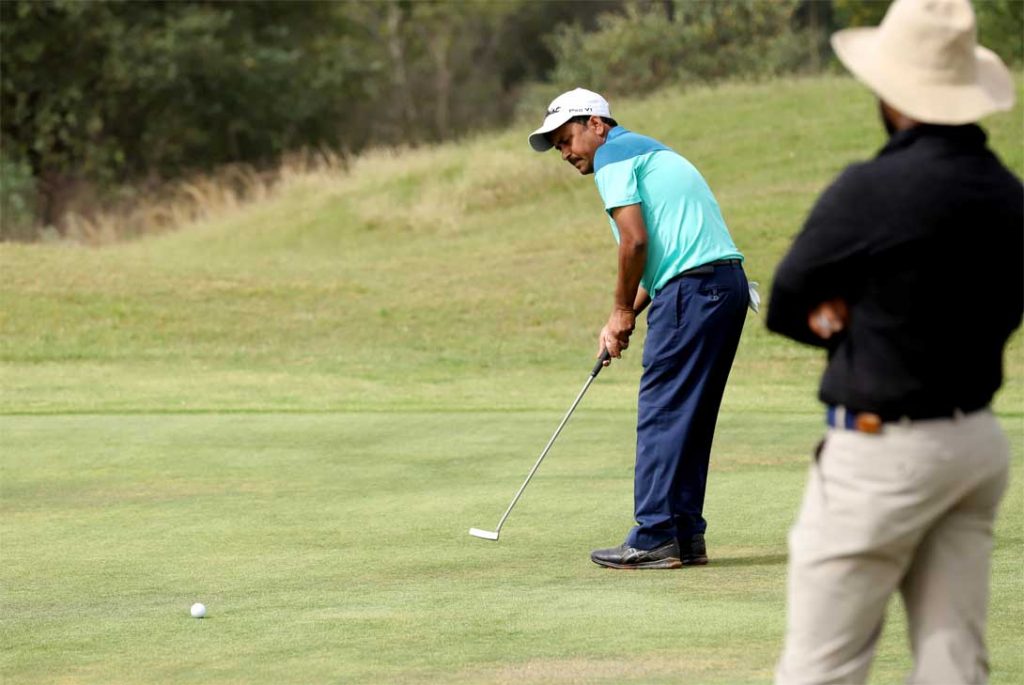 The strategy when he is within catching distance of the leader on the final day is set in stone — find the green, make putts and wait for the leaders to make mistakes. And if they flounder, experience will prevail over youth.

All of this stands, but the times are different. Whenever in contention these days, Shamim, 43, is up against players at least 15 years younger, and while the warhorse stays upbeat as ever, the stats after PGTI restarted in November tell a story.

The last time he was in contention was the final day of the Players Championship at the Chandigarh Golf Club in November. Five off the lead, in normal circumstances Shamim would have been hot in pursuit. After two productive rounds, Shamim needed more than a subdued one-under that Thursday, but finished 6th for his only top-10 in six starts since tournaments resumed.

Not used to being in the wilderness for so long, Shamim got time to introspect once he was confined indoors in April again. He feels an answer has been got. “Fewer tournaments and less practice reflects in the scores and results. I am used to shooting high numbers but now I’m just about managing to shoot under-par,” he said.

Though bereft of livelihood worries, the current state of stagnation on the golf course hurts. “Getting better is what drives me,” and Shamim has accepted that it will take time before he regains touch. As golf courses reopen, a detour has been planned. “After practice resumed last year, my focus was on hitting balls at the range. This time, it will be playing the course as certain aspects can only be rectified on the golf course,” said Shamim in the hope that this tactic will pay off once live action resumes.