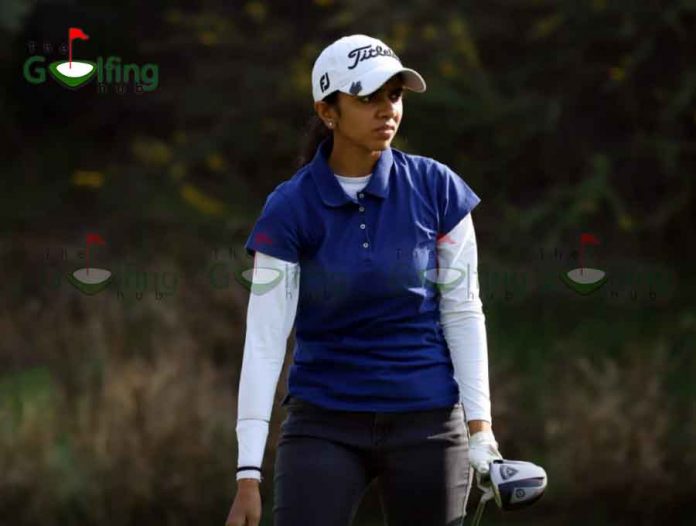 The nine-month forced break due of the pandemic may have been taxing, but in no way dampened Geetika Ahuja’s excitement of playing her rookie season on the Women’s Golf Association of India (WGAI) last year. Excited to the bone about the restart in December, the lithe athlete from the Royal Calcutta Golf Club (RCGC) started preparations accordingly knowing little that what lay ahead would be a test of character on the golf course.

She was used to walking the tightrope from college days like cutting down on sleep and missing out on the joys this bubbly generation often takes for granted like a given putt to balance academics and golf. The episode panned out in a way that often threatened to overwhelm.

Geetika reported sick towards the end of October with symptoms like fever, loss of smell and taste. The test confirmed she had contracted the virus, and from there on it was about mustering mental strength in a manner never done before. The body drained of strength and protesting at the prospect of practice, taming the mind was the only way out if she were to turn up for first event in early December. Even when she did make the practice arena, half hour at the chipping area was enough to exhaust.

The road back was tough but Geetika continued with the buoying thought of getting back on Tour. About 10 days before the first event, low intensity fever returned, and was the precursor to dengue. With plunging platelet counts, it didn’t take long to understand that “dengue eats you internally”. The body in no state, and chants in the family over skipping the December leg, Geetika chose to go against the family and, more importantly, her body. “At that juncture, there was no certainty that tournaments would happen in January, so I decided to go ahead,” she says.

Easier said than done as bereft of strength it would be about redrawing strategy on the golf course. “As I didn’t have distance, it would have to be a lot of chip-putts,” she says. Starting with Noida to the next leg at the DLF Golf and Country Club, the scores kept climbing but “despite being in a bad place, I kept learning something or the other”. The intent was to play 2020’s final event too but perhaps a combination of fatigue and high scores helped decide that “it would not be good mentally”.

Also Read:-Siddhi Kapoor and finding her ‘Ikigai’ on the golf course

Back home, Geetika focused on getting fitter in the gym after some much-needed rest. Skipping the January events helped as she returned in February in a better frame of mind. “I am not as fatigued but need to add a lot more muscle,” is the observation. The results are looking up but more than the scores there is satisfaction that she turned up for battle irrespective of the outcome.

“I am thankful to my parents that they let me take that crucial decision. Perhaps, they saw it (determination) in my eyes. If not, the regret would have been tough to cope with,” says Geetika.