This is the tale of a 13-year-old who is as determined to do well in academics as she is about golf and a possible career as a professional.

Saanvi S took another step towards her dream recently with a win in her 117th tournament on the Indian Golf Union (IGU) circuit. The podium is proof that hard work and patience pay off as Saanvi won the IGU North-East India Ladies & Junior Girls Championship in Shillong for her first win on the national circuit.

The journey already seems long considering that Saanvi was introduced to golf at 4 by her grandfather, and has been by her side since then, at practice or when she started competing in 2013.

It was at the Karnataka Golf Association that she teed-off for the first time in a tournament, and it was a memorable outing on her home course with the runner-up finish.

The accolades have kept pouring in since then. In 2015 and 2018, she tied for the 6th position at the Kids World Championship in Malaysia.

She was also a part of the Hero Women’s Indian Open achievers’ camp, which was the junior development programme at the DLF Golf and Country Club, and came back richer from the experience.

In 2016, she added another feather to the cap. At the U.S Kids World Championship in Pinehurst, North Carolina, Saanvi was recognized among the world’s best young players for qualifying and participating. 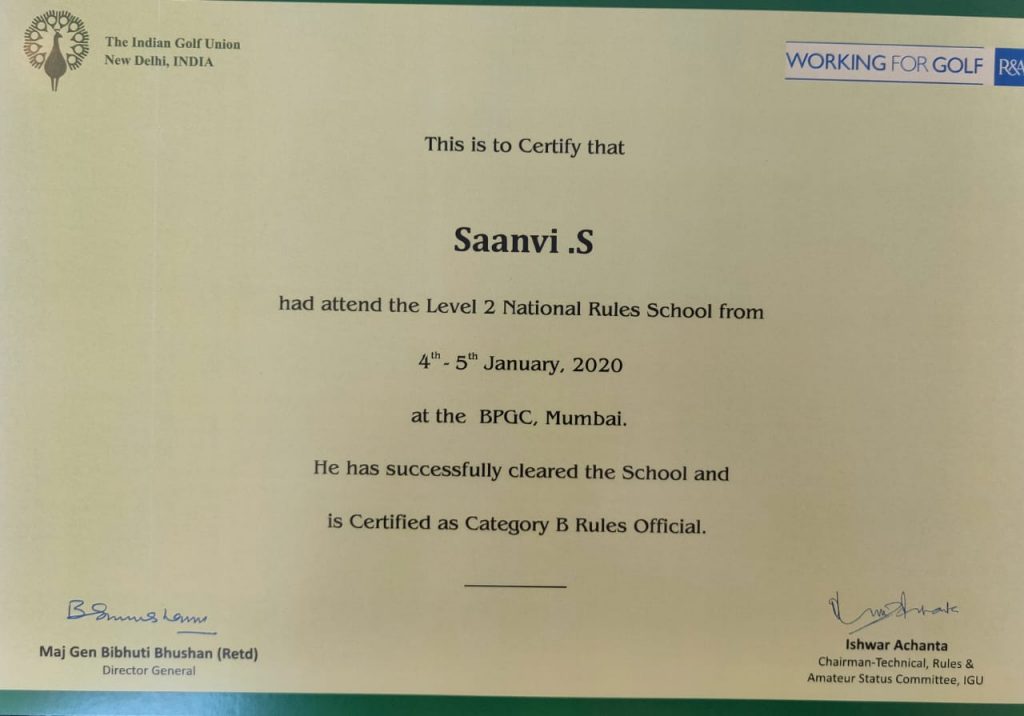 Coached by Laurence Brotheridge, the young athlete’s curiosity knows no bounds. She has also successfully cleared the Level 2 National Rules School from the Bombay Presidency Golf Club and is now a certified Category B rules official.

Jessica Karlsson holds on to lead despite struggle on greens

JT Poston takes the highs with lows, stays in lead at...

Jessica Karlsson holds on to lead despite struggle on greens

46 holes without a bogey, force’s with JT Poston at John...

Jana Melichova readies for leap of faith at German Masters

Up close with Sergio Garcia and more, Viraj’s memoirs from Liv...

Cricket’s murkiness and a career choice for Divesh Rana

A day to go, competition hots up in Junior NCR Cup...

NCR Cup off to a rousing start on hallowed Lodhi Course

In moment of triumph, Manu Gandas stops to ponder