Home Across the Globe 20-hour drives and Zoom classes during Q-School: Saptak Talwar’s journey to the...

It’s not everyday that you make history. 22-year old Saptak Talwar did just that when he became the first Indian to earn a card on the Canada based Mackenzie Tour.
Firing four day scores of 69-74-67-69 (9-under 279), Talwar finished T4, six shots behind winner Luis Gagne.

The tournament was second in a series of qualifiers for the PGA Canada Tour and was played between 2nd-5th of March at Mission Inn Resort in Florida. 106 players teed it up at the final stage which saw six players earn status to play on tour in 2021.

Aman Misra of thegolfingclub caught up with Talwar, a Political Science major at Sacred Heart University in Connecticut. Making history according to the college senior was “pretty cool.” Yet he is mindful of the journey that lies ahead.

Talwar grew up playing golf at the Delhi Golf Club. He was introduced to the game by his father Rajiv, a lawyer, at the age of 5. By 2005, he had started working with Romit Bose who operates out of Qutab Golf Course. Talwar says “Romit was a big part of my grooming. He helped instill discipline into my practice early on.”

By 16, he had moved to the International Junior Golf Academy (IJGA) in South Carolina. The differences in culture helped Talwar groom his game enough to play his way onto the team at Sacred Heart. In the ensuing three years he has built an impressive college record including a win in a playoff at the 2018 NEC Individual Championship.

Covid-19 and scheduling played a big part in the decision to try and qualify for the Canadian tour. Talwar finishes four years of college later in May this year. The Korn Ferry tour which is a path to the main PGA Tour will host its qualifying school in September. In the time between graduation and attempting to tee it up at the Korn Ferry, Talwar needed a place to play.

Prior to this, he had played a few professional events with a best finish of 8th at the Connecticut Open in 2020. He thinks back to the summer of 2017 when he played a Korn Ferry (then Web.com) Monday Qualifier. He shot 67 and finished 2 back of the playoff which offered 2 spots to six tied players. Despite shooting the low number, it was a wake-up call. “Right then I knew that I needed to do much more to play at that level”

In the wake of Covid-19, College teams across the United States have been divided on their decision whether to play NCAA competition or not. Sacred Heart took the decision to not play. Talwar says “It was hard to watch the other teams while we had to stay back on campus.” 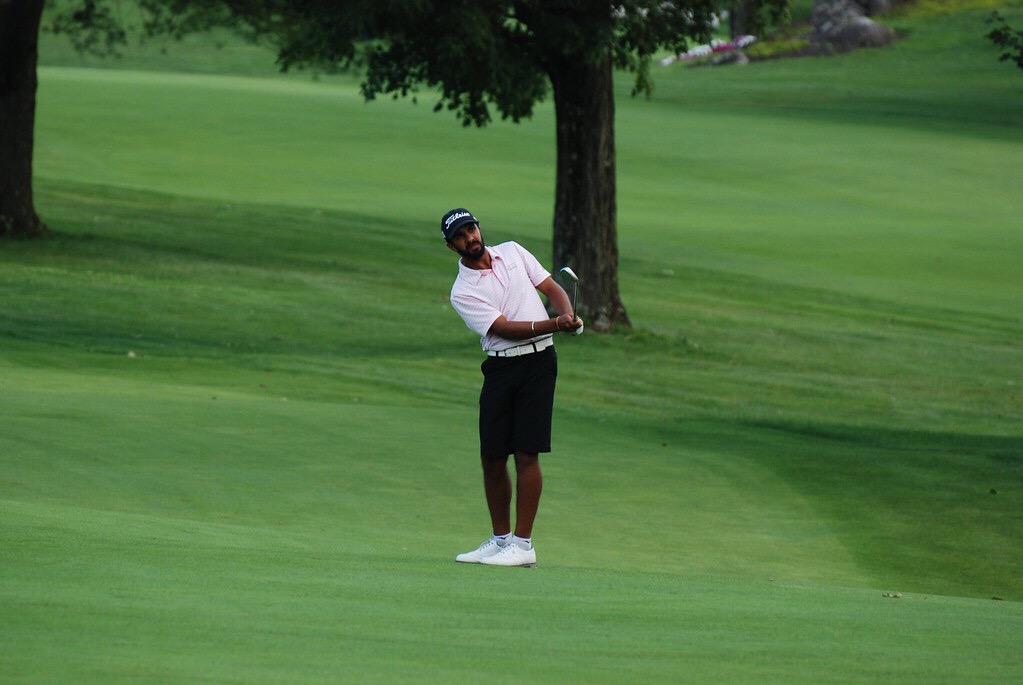 Despite the challenges, Talwar kept himself busy with classes and practice. In fact, during the week of Q-School finals he attended Zoom classes between rounds. The transition to the professional game is not easy. However, golf courses don’t check player resumes. “The golf ball doesn’t know who you are,” he adds.

Talwar eventually aspires to play full time on the PGA Tour. With his current status, he is exempt for the first half of the season in Canada. Subsequent playing rights depend on his finishes. Before all that, he has to finish up school and turn professional which he intends to do later this year in May.

ReadMore:- In search of success, home comfort a boost for Caroline