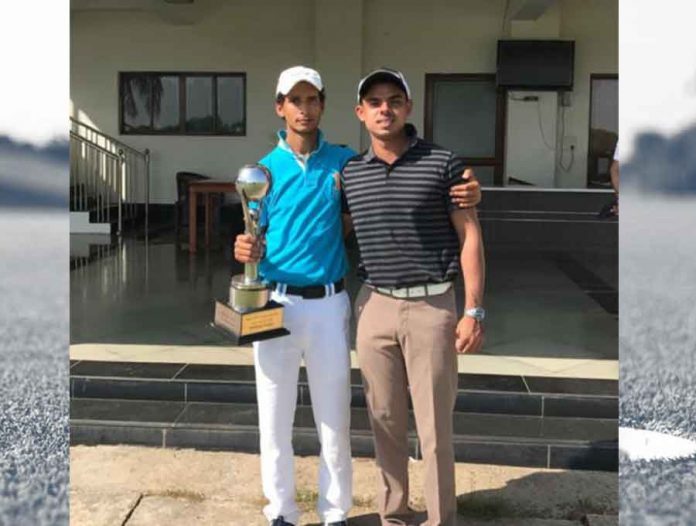 Ever since he turned professional in 2015, Syed Saqib Ahmed believed he would find his bearing quickly as “I was always playing well throughout”. But that wasn’t the case during events.

That is a part of the learning curve, but a bad season can take a toll. Going into 2018, Saqib was coping with not the best of finish to 2017. “I missed two cuts before the season-ender in Kolkata so didn’t get into it and finished 52nd on the order of merit,” he says.

The start to the New Year wasn’t great as well after returning empty-handed from @asiantour qualifying save for some lessons on taking it on the chin. From Thailand to Dhaka, the year’s first event at the Professional Golf Tour of India, there seemed no end to the fruitless run. “I shot +10 on Day 1 and missed cut again.”

The putts not going in, Saqib almost did not tee off for the next one, the Cochin Masters. “I was tired and needed some time off, but Dad said, ‘why don’t you just go and treat it as a holiday’.”
Saqib now thanks himself that he took heed. “I found something with my swing in the practice round and felt confident. Still, I didn’t book my return ticket as I thought I’d miss cut again.”

Two days passed, and by now the intuition that something good was in store was playing strongly. “I didn’t book my return ticket again because I knew I would win and might have to play the pro-am.”

Going into the final day, there no pressure considering that a breakthrough beckoned. “On the 15th, I realised I might just win my first professional event but ended up bogeying that hole and 16th. The advantage was down to a shot with two of the most difficult holes to go.”

Talking to himself that staying calm for half an hour could swing it his way, Saqib birdied the two holes. Considering the build-up, it was truly a breakthrough win.

More Read:- Warehorse Mani Ram ploughs on despite the odds