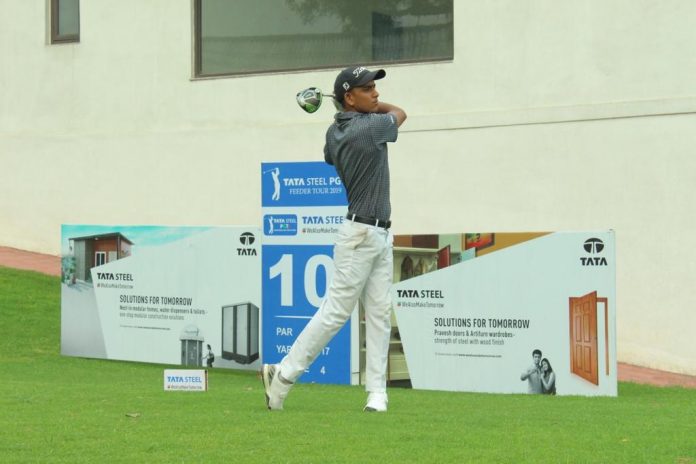 Amrit Lal @21_amrit_22 turned professional @pgtitour on the back of pain. The 21-year-old had struck his iron against a tree at the Chandigarh Golf Club, and though he got out of the rough, he landed in a mess by fracturing the right thumb as a result of the impact. That was the summer of 2018 and the effects resounded well into 2019 when he had turned pro.

Medication and physiotherapy helped to an extent but “whenever I tried to strike the ball hard the pain flared up,” says Amrit, who has been with the Indian Air Force for over two years. The intermittent golf was a test of patience as he could turn up for just a handful of events on the Feeder Tour last year.

It was here that father Sucha Singh stepped in once more. As mentor and coach, he had helped Amrit chart troubled waters many a time and on this occasion his advice was “that perhaps something good lay in store”. Sitting out steeled Amrit’s resolve and when action restarted last month, Amrit has made every event count.

The top-10 at the Players Championship in Panchkula was a career first as was his biggest pay cheque of Rs 1,87,650 at the club which nurtured him during the Jeev Milkha Singh Invitational. The start to the Tata Steel Tour Championship has been promising with a 4-under 68, and irrespective of the outcome, the boy knows his time will come. “सब्र का फल मीठा होता है. (Patience has its virtues).”

Steeled by pain, Amrit Lal on the right track