Home Exclusives Dharma is smiling after change in ‘Karma’ 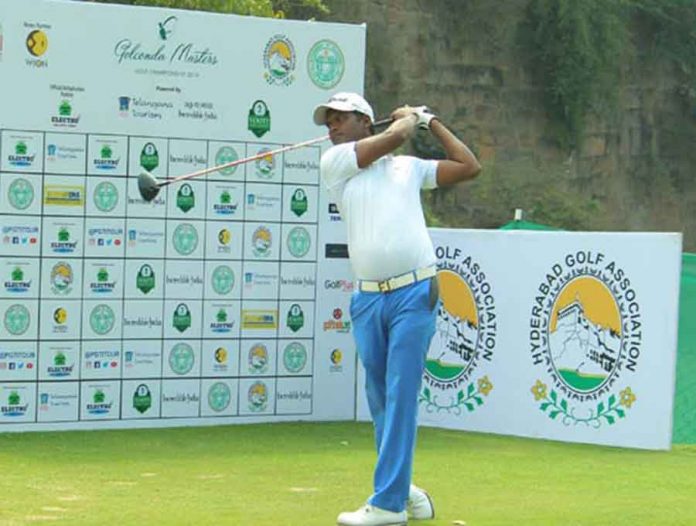 Since the past few seasons, M Dharma @dharmaamb has become synonymous with consistency. Quiet but dogged, the regularity with which the 34-year-old from Bengaluru has been logging strong results, including wins at the CG Open and Tata Open — two of the biggest platforms @pgtitour, evokes admiration.

Working his way up since turning professional in 2005, the going wasn’t always this good. Hard work it is of course — Dharma spends an average 10 hours practicing at the Karnataka Golf Association when events aren’t on; but another critical aspect is also at play. Known for his sharp play around the greens since the amateur days, Dharma was happy just making putts till pushed to a corner.

“The tour has become increasingly competitive with the advent of youth,” says Dharma. Backed by technology and sound knowhow of negotiating different conditions, the young guns and their long hitting ability had Dharma treading uncharted territory.

For one who had “never entered a gym before 2015”, fitness became a must-do “if one was to compete with the youngsters,” he says.

Sweating it out has given results as Dharma is far more consistent off the tee now that the long game has got better because of getting stronger. Pumping iron thrice a week has also made him “sharper mentally in crunch situations” and he can put in longer hours at practice. Holding his own against the young crop is a matter of pride, and it is hoped the scores will keep plunging and returns reflect in the bank statement.

More Read:- No better time for Rahil to renew love affair with Japan