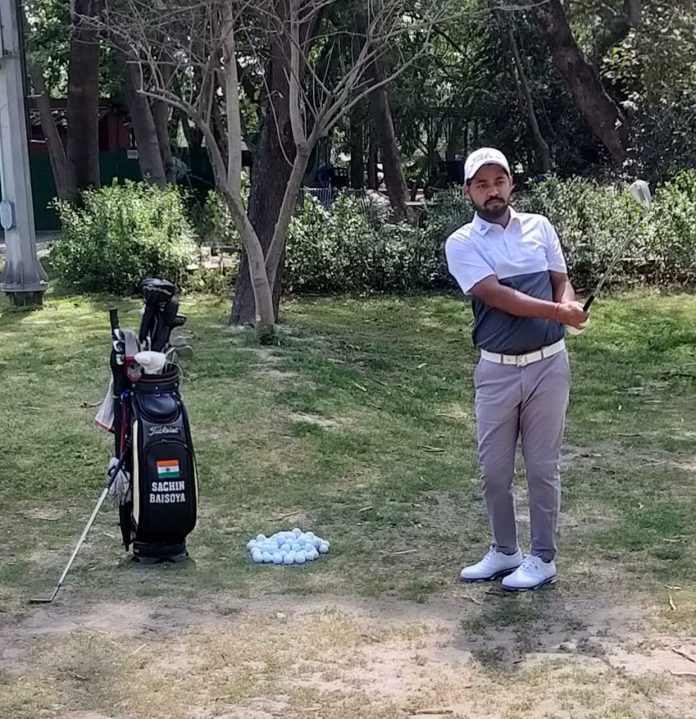 Two critical incidents have shaped Sachin Baisoya’s career of late. One was in the busy bylanes of south Delhi, the other on the golf course. Both were imminently forgettable but on hindsight spurred Sachin to raise the bar.

In August last, Sachin met with a bike accident near his home. Making impact with broken tiles on the road, the right forearm was torn open and required several stitches. For close to two months, Sachin could not practice but did not miss going to the Delhi Golf Club even for a single day. The arm heavily bandaged, there was little he could do but walk on the practice greens, watch friends hit balls at the driving range or try putting with one hand as it gave a sense of “being in touch”. “Staying at home would have made me miserable,” he says.

He returned in time for the Jeev Milkha Singh Invitational, one of the flagship events on the Professional Golf Tour of India, but went to Chandigarh almost unprepared. What worked for him that week of December was talent and the angst of watching helplessly during the longest break of his career. The sole 7th and the bumper prize cheque all made up a watershed moment. 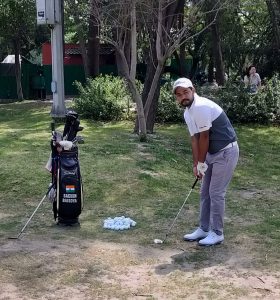 Next up was the Tata Steel Tour Championship, and missing cut in Jamshedpur set up Sachin for a rigorous training schedule at the Delhi Golf Club. From January till the Gujarat Open, player and caddie Tulsi Ram scanned the practice areas and Lodhi Course from early morning to late evening, often playing 36 holes. The long hours paid off as Sachin recorded his best finish on the Main Tour that week with a T3. A healthy pay cheque came along as well, and that was handed over to Sangeeta when her son reached home.

In his moment of glory, Sachin paused to recognize her unflinching support. Since he turned pro in 2016, rarely has a tournament week passed that Sangeeta has not lent financial support. For the two-week stint in Ahmedabad, she saw off the boy with her blessings and an envelope that held Rs 20,000. “The cheque (of Rs 1,53,950) rightfully belongs to her for the belief over the years.”

More Read:- Momentous season and watering down of a stereotype for Ridhima Dilawari