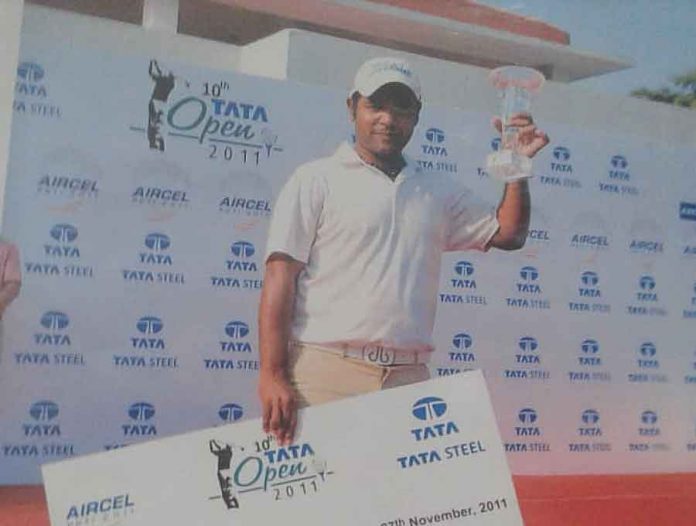 The podgy appearance should not be mistaken for a drop in work ethics; the fire still burns bright in Vinod Kumar. Yes, playing intermittent golf the past couple of seasons has taken a toll — from a schedule that entailed eight hours of practice daily, it came down to two hours, but then the seasoned pro from the Delhi Golf Club was fighting on a turf that was completely alien.

The time spent running the household, taking care of the children and a bed-ridden wife left him drained. “I used to tire very easily,” he says. Since the inception of the Professional Golf Tour of India in 2006, Vinod lost his card for the first time in 2018.

Also Read:- Justin Rose in a league of extraordinary gentlemen

For the multiple-time winner, it was a bitter pill to swallow. The family’s troubles started in 2017 when wife Manju slipped and hurt the spine. Despite medical care, her condition worsened and was diagnosed with bone TB (tuberculosis). Confined to the bed for the rest of the year, golf was the last thing on Vinod’s mind. On one hand were mounting medical bills, and on the other ensuring the children were not neglected. “Inclination was low but whenever out for practice or tournaments, I had to ensure a friend or relative was home with the kids.”

Leaving no stone unturned, Vinod ensured Manju got back on her feet, even if it meant a weekly expenditure more than Rs 50000 on care and medicines. There is hope that the family has turned the corner and Vinod has seen off the worse phase on the golf course.

But for the pandemic, the hours put into practice and fitness may have borne fruit; but Vinod is willing to bide his time. Adversity has made him calmer.

More Read:- Sport a great leveller! Chesson Hadley can vouch for it