Home Indian Golf Amateurs From the gates of IIT to reading greens, what a turnaround for... 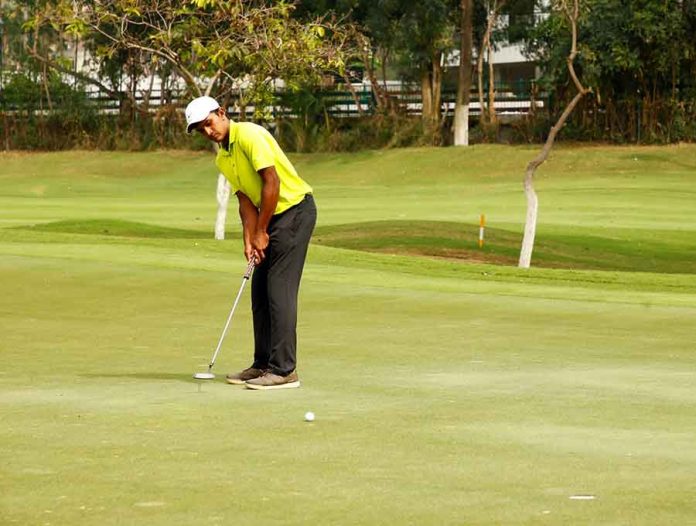 Talking about the pull of golf, sample this. At 13, Akshay Neranjen @aks_neran26 was certain about a career in computer engineering, and came close to realizing it by figuring among the toppers in his Bengaluru school with an insanely high percentage at the Class XII Board exams.

That was when the bug bit him. Hailing from a family of golfers, it wasn’t as if Akshay was unaware but his tryst was a weekly appearance at the Karnataka Golf Association with father Neranjen Ramalingam @neran_r. When exams drew near, those trips dried up and coaching videos on YouTube were the only source of contact.

Also Read:- Dhruv Sheoran, life coaches and finding peace in and outside golf

Akshay was set to have a crack at the IIT entrance exam when a spot in an event @pgtitour at home brought about a change of course in 2016. Though he missed cut by a few shots, positives like matching the pros’ long game saw the arrival of a coach for the first time. Playing his first Nationals at 16, winning the Karnataka Juniors a year later, there was serious rethink at home on the road ahead.

Getting freed of the rigours of academics had a part in Akshay realizing his potential, and the matter was put to rest with a top-5 in another pro event last year. The result got him an Official World Golf Ranking, not a regular occurrence for an amateur, and it sure feels good.

Time will tell whether Akshay’s calling lies in pro golf but till he decides on a change in status, the time will be used to get better by notching wins on the national circuit and breaking into the India squad.