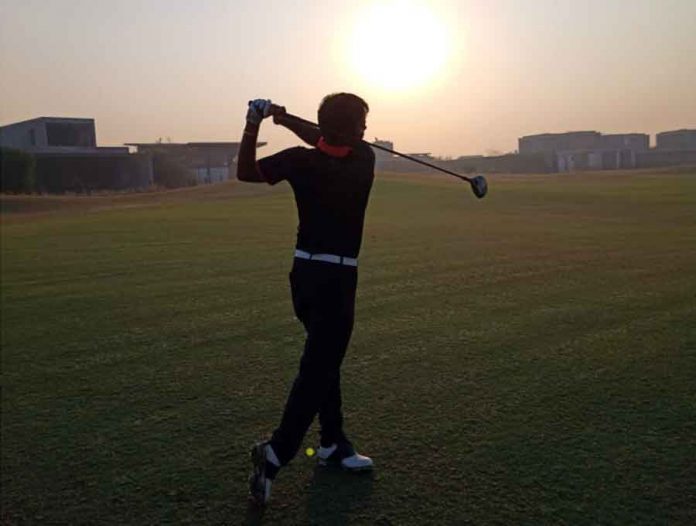 A big buffer can often be counter-productive, as OP Chauhan @chouhan.op70 found to his chagrin last week. OP teed off on the final day of the Gujarat Open with what seemed a comfortable five-shot lead. It was a first for him in a career spanning nearly two decades and perhaps led to a lowering of guard. It was not deliberate and but for the tee shot on the 7th finding the water and the subsequent quadruple bogey, he could have come away unscathed.

That was not to be, and Friday last ended with Sheetal, OP’s go-to person in certain golfing matters of late, consoling her distraught husband over the phone after that calamitous round. “She said that’s sport; it wasn’t your day,” says OP. But he knows better. The ball striking has not been this good in a long while, and had he persevered instead of the meltdown after his drop shot landed in a divot, OP could have been in line for his second consecutive title at PGI Tour, @pgtitour.

Armed with the lesson “that no lead is big enough and aggression does not always pay,” OP has refused to be shaken out of his zone this time at the #GladeOneMasters2021. Not even a couple of telling stats – the eight-under 64 on Thursday almost matching the course record of nine-under 63 on Day 1 at the Kalhaar Blues and Greens last week can stir him.

Even as he speaks about playing to his strengths – controlling the ball well and solid wedge play, while keeping in mind the weaknesses, there is a sense of unease. Tied for the lead and three shots ahead of the field, the final-round scars of last week will not leave OP in a hurry. He does not want it that way too. “It was a first in my career and hope there is never a repeat.”