Home Exclusives Excerpts from Round 1 of PGTI MP Cup 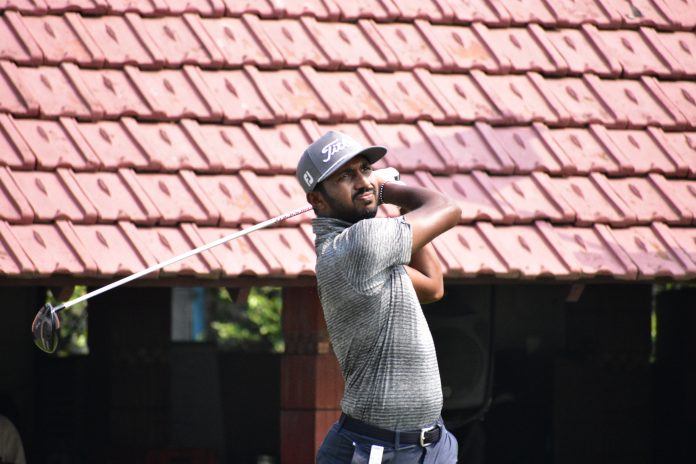 Chikkarangappa has been on a roll since PGTI restarted the second time last month. A top-3 in Hyderabad followed by a win in Panchkula. Srinagar was an aberration, but that’s golf, and Chikka has been quick off the block at the MP Cup with a 67 for a share of the lead on Day 1.

What’s an athlete who hasn’t breached the pain barrier? Manu Gandas fought back discomfort for his breakthrough on PGTI Hyderabad golf association last month, and is the morning joint leader with a 67 on Day 1 of the MP Cup at the redesigned Lodhi Course of the Delhi Golf Club. All this with a smile despite the aches.

The Delhi Golf Club holds a special place in Yuvraj Singh Sandhu‘s scheme of things. He grew up learning his golf at the Chandigarh Golf Club alright, but it was the Lodhi Course here in the heart of the national capital that was the setting of his debut on the Professional Golf Tour of India.

The setting was historic and so was the occasion, the Asian Tour and its 2018 edition of the Panasonic Open, which was incidentally the last international event here before Gary Player’s team took over and redesigned a venue that is loaded with history.
Yuvraj has playing rights here but Tuesday was the first time he pitted his skills against the demands of this refurbished venue. The outcome has been favourable at the start of the PGTI MP Cup, and Yuvraj, at T7 and 3-under 69, would like to make this week count on what he terms is his “second home”.

Lockdown 1 and 2 were different for PGTI order of merit leader Karandeep Kochhar — getting COVID, viral fever and now playing with a niggle in the right hand. But displaying the perfect balance between playing good golf and knowing what to expect, Karandeep marches on, and who knows this week of the MP Cup at the Delhi Golf Club could be another feather in the cap.

The PGTI has been home to @mithunmx2 since February 2011. Back on Tour since March 2020, when he played in Kolkata, Mithun was searching for words as he explained what it meant to be among familiar faces and strive to add to his tally of wins after the longest break in his career due to the pandemic.