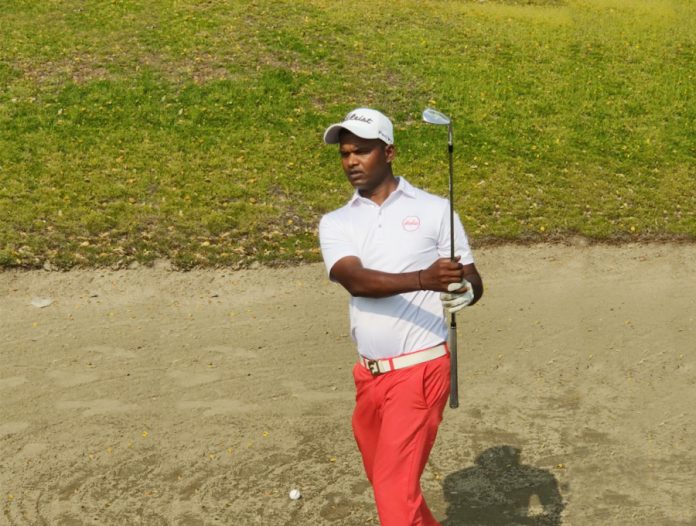 This season has been like no other for M Dharma @dharmaamb, but then so were the times before the restart pgtitour in November. For a man who has come to epitomise consistency, a spate of strong finishes has been the highlight the past two seasons. But not this time. In five starts after the reopening, Dharma does not have a single top-10 and that is unacceptable for one of the hardest working athletes on tour.

Work is on to get back on rails but there is no regret over the slowdown for it was about staying afloat when life had come to a standstill. Lockdown, no tournaments in sight and a rapid dip in motivation, Dharma thought it better to take refuge in upping fitness levels. “Practicing aimlessly had started to get boring,” he remembers. Working out in the gym or cycling, golf took a firm backseat. There was the odd foray to the practice area of the Karnataka Golf Association, but it was to work on everything else save putting.

A week before getting back on tour all aspects were looked at closely, especially putting, and everything seemed to be in order on the face of it. The putts were rolling in nicely and most often than not Dharma was shooting under-par during practice with friends. More than the state of his craft it had to do with familiarity with the conditions. The real test would come under the pressure of competition, and this was not lost on Dharma.

“Only when you play tournaments do you realise the aspects that require work,” he says. The barren run from the Players Championship in Panchkula to last week’s Gujarat Open in Ahmedabad may not have been financially lucrative, but Dharma’s determination and solid work ethics are scripting a turnaround, slowly but surely. The 16th spot at the Kalhaar Blues and Greens is his best since resumption. Ball striking stats are on the upswing; it was putting that held him back from posting a better finish. The work on and around the greens prior to the GladeOne Masters appears to be working. These are early days but seeing his name atop the leaderboard after a while and a 3-under 33 to go with it on this 9-hole course would have done his confidence a world of good going forward.