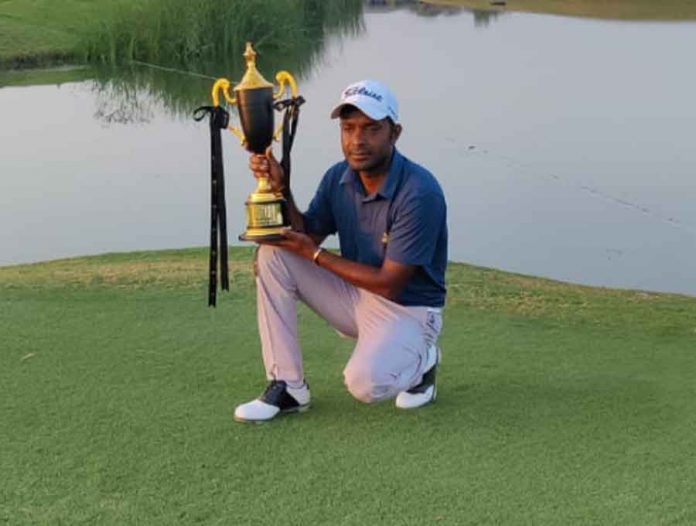 Never mind if the opening two days of the #GladeOneMasters 2021 were played over nine holes. It still needed quality golf to beat the field, and that’s how OP Chouhan @chouhan.op70 stepped up with this week. There were just two blemishes over four days and the 15 birdies, and two eagles almost eclipsed the dropped shots on Day 1 and 3.

OP attributes his sixth title at the PGTI Tour @pgtitour to excellent ball striking and putting, but there is another key factor behind the triumph, one that’s about different hues of emotions. Not just this week, the landmarks in 2012 and 2014 have significance for OP as a husband and father.

First up is the friendship with Ragesh Vasa, with whom OP practiced at the Kalhaar Blues and Greens before the Gujarat Open last week. A regular at that course, Vasa, as an avid club golfer, shared a lot of tips and that perhaps even played a part in OP’s massive surge before succumbing to overconfidence and a fragile mind on the final day.

Vasa stepped up once again and briefed OP about the venue of his latest win. The key lay in detail — tips on the layout, ways of negotiating each hole, green speed, et al.

Vasa’s inputs were acknowledged effusively by OP after the four-shot win, as was his wife’s words that acted as an incentive. 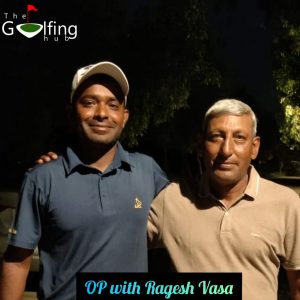 years of wedlock on February 24th, and Sheetal challenged OP to bring home the trophy as an anniversary gift.

Pulling it off was like a throwback in time. Eleven years ago, OP’s maiden triumph at the Players Championship at Pune in April is deemed a wedding gift for Sheetal two months after taking the vows.

The first of his big stage win came two years down, and the family is of the belief that piece of fortune at the Tata Open towards the close of 2014 was brought about by daughter Yashika’s birth on January 1.