The Champion of Champions Qualifier 2 organised by Ace Golf at Chandigarh’s Forest Hills Resort drew a good response with 54 golfers competing across 11 categories.

With a spot in next year’s Ireland event at stake, the competition was intense on Sunday. In Category A, Prabhnoor Singh qualified with a score of even-par 70. Paramraj Sandhu and Aditya Sood were next at 2-over 72. Among girls in the section, Ravjot Kaur topped with 77 and was followed by Mehar Nijjer (80) and Aarti Misra (100).

Though amateurs were not included in the qualification process, it was a closely-fought affair nonetheless. Kunal Naidu won with a card of 84, followed by Manjodh Singh (85) and Lt Col Ashish (87).

Among ‘B’ boys, Wasim Kamboj qualified with a score with 3-over 73 ahead of Jai Gupta and Krish Chawla at 74 each. In girls, Mannat Brar (73) pipped Bhavya Mann (162) comfortably. 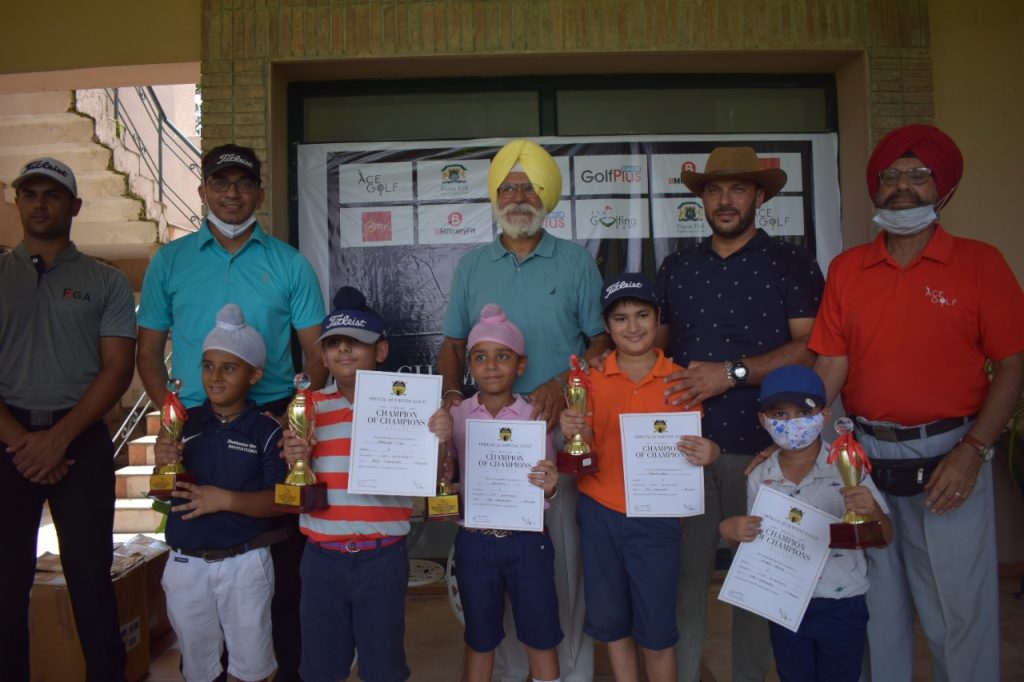 Shubham Kumar emerged victorious in Category ‘C’ boys with a score of 76. Six shots back at 82 was Neil Jolly, and a shot adrift were Rannvijay Gill and Vedant Banerjee. Ashira Sandhu (93) and Prabhleen Kaur (95) were the only two contestants in ‘C’ girls.

Arjunveer Shishir was the highlight of the day as he went low at 7-under 63 to win Category ‘D’ boys. The other sub-par round was shot by Danish Verma with a 66. Chinmay Sawant finished third with 84. Ojaswini Saraswat stood first among girls with a 77 and was followed by Rabab Kahlon with a 91.

More Read:- Rahil Makes his point, but with difficulty