After four decades, India finished 48th on the medals tally in Tokyo 2020 with seven medals. India could have been placed higher but the ranking is based on the number of gold medals, and India had just one this time. At Beijing 2008, India were ranked 51st with three medals, including the gold by Abhinav Bindra.

In London 2012, India had finished 57th despite winning more medals than in Beijing because we didn’t win gold in London. In Rio 2016, the tally crashed to just two and so did the ranking 67th. From there it has gone up nearly 20 places.

India have finished significantly higher in the era in which they used to win gold in hockey, but that time is not comparable since dozens of countries have since come into existence and the number of sports and medals have gone up too. In Moscow 1980, for instance, India finished at 23rd with just a solitary medal, the hockey gold. A repeat of that in Tokyo 2020 would have placed India at joint 63rd, an indication of how different the eras are.

1 gold, 2 silver, 4 bronze, India produced their richest-ever medal haul at the 2020 Tokyo Olympics which ended on Sunday. Here are the men and women of steel who made us proud and gave the nation something to cheer about in these dark times of a deadly pandemic.

There were bigger names with better records in Tokyo but while most succumbed to the pressure of the big stage, the 23-year-old from Haryana’s Panipat district relished the moment. Following his golden throw, it was an emotional emotional moment for millions hearing the national anthem at the Olympics for the first time since Beijing 2008. It was a fitting climax for Chopra who chanced upon the sport while trying to lose weight and overcame a clutch of injuries to give Indian athletics its greatest moment on the world’s biggest sporting stage. 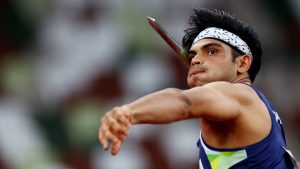 Much was expected of Mirabai Chanu at Rio 2016. She flopped, failing to make a single clean and jerk lift. The pressure to deliver was crushing at Tokyo 2020. Coached by Vijay Sharma, the amiable 26-year-old Manipur athlete made light work of the heavy weights to clinch silver with a smile in the 49kg category. Redemption had never been more satisfying and sweeter for one who gathered logs for fuel as a child for her family. 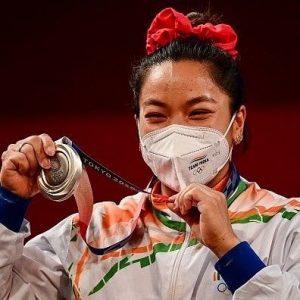 He was ranked World No. 4.  But in the run-up to the Olympics, the focus was hardly ever on the 23-year-old Olympic debutant from Sonipat. Unmindful, Dahiya produced a performance of stunning audacity and endurance while trailing 2-9 against Nurislam Sanayev in the semis. Desperate to get out of the iron grip, the Kazakh bit Dahiya on the forearm but the Indian did not let go till the tide turned. Dahiya fought hard but lost in the final to become the India’s only silver medal-winning wrestler after Sushil Kumar. A fiercely determined athlete, he could well improve upon his medal colour in 2024 at Paris. 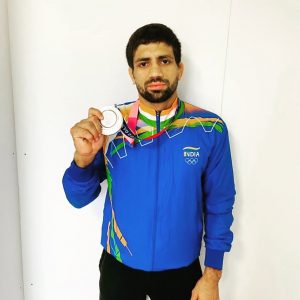 None of them were born when India last won an Olympic medal in hockey at Moscow 1980. But nothing, not even a potentially morale-sapping 7-1 loss to Australia, could stop captain Manpreet Singh’s boys from their tryst with the podium. The defeat spurred them to deliver one superlative performance after another, resulting in a bronze playoff. The match against Germany was for posterity. You can keep watching India’s 5-4 triumph for the rest of your lives, but this team holds the promise of many more wins. 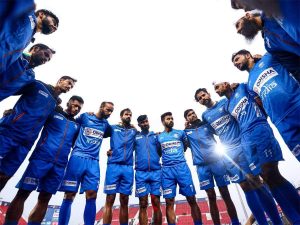 In the early phase, she looked below her best. But like a finely-tuned instrument, Pusarla Venkata Sindhu hit the perfect notes as the tournament peaked. She simply swatted aside China’s He Bing Jiao in the bronze medal playoff to add a second Olympic medal to her kitty. When it’s Sindhu, once medal is not enough.

Covid-19 affected her preparation. But the tall pugilist from Assam made the best of the situation. She lifted LPG cylinders, worked in the paddy fields to stay fit. In Tokyo, Lovlina showed the world she could fearlessly box with the best. Five feet, nine inches tall, she used her long reach to devasting effect to fashion an amazing medal story. 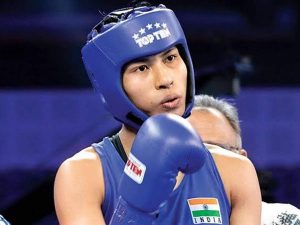 He was tending to a knee injury, and the opponents knew it. They attacked his legs. But in the battle for third spot, the 27-year-old from Haryana’s Jhajjar district produced a stellar medal-winning performance against Kazakhstan’s Daulet Niyazbekov, a wrestler who had beaten him earlier. The 8-0 scoreline tells the winner’s story scripted against heavy odds. 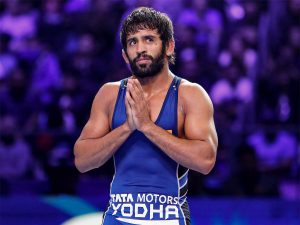