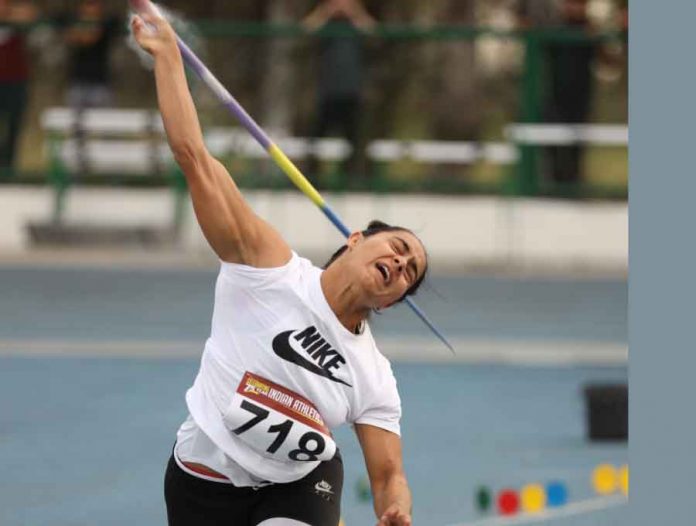 However, she fell a little short of the Olympic qualification standard of 64.00 m despite bettering her won national mark. The 27-year-old World No. 12 came up with a standout performance. She led Uttar Pradesh to three gold medals in four finals.

Debutant Savita Pal, 21 made the winning start in a 10,000-metre race, edging past Sanjvani Jadhav (Maharashtra). Shot putter Kiran Baliyan accounted for the third gold with an effort of 16.45 metres.

The other gold was won by Tamil Nadu polevaulter Rosy Paulraj, who cleared the bar at 3.80m. However, it was her teammate sprinter S Dhanalakshmi who warmed the hearts with a stunning race in the women’s 100m semi-finals.

Dhanalakshmi threw down the gauntlet for Dutee Chand (Odisha) with an 11.38-second 100m dash to stun the viewers just as much as it would have her State-mate Archana Suseendran, who was second in that heat in 11.66 seconds. Taking to the track after Assam’s Hima Das won her heats in 11.63 seconds, Dutee Chand clocked 11.51 without straining every sinew.

There was no medal event for men on the opening day.