Home Sportinghub Bhavani bows out but not before making a statement 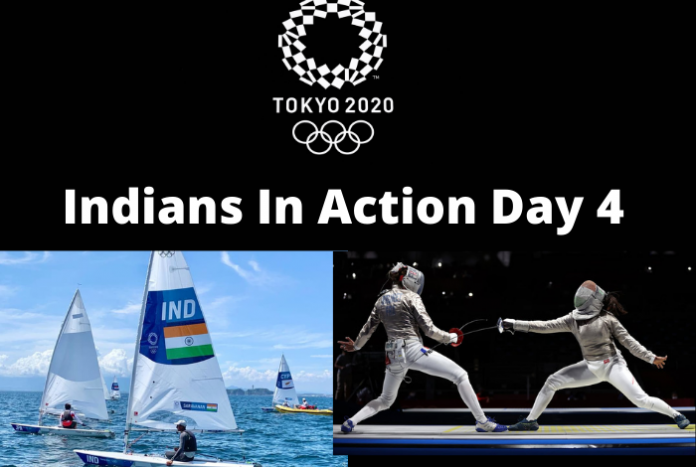 India woke up to the good news of CA Bhavani Devi winning the Round of 64 in fencing. This was a huge boost as it was the first time an Indian fencer was participating at the Olympics. Ranked World No. 42, Bhavani though lost in the second round of the women’s individual sabre in Tokyo to World No. 3 and Rio Olympian Manon Brunet.

In table tennis, Sharath Kamal defeated Tiago Apolonia of Portugal in six games to advance to the third round where he will face Olympic champion Ma Long. However, Manika Batra and Sutirtha Mukherjee got knocked out.

Sumit Nagal lost in the second round against Daniil Medvedev in men’s tennis in straight sets. Ashish Kumar lost to Erbieke Tuoheta of China in men’s 75kg category and became the third Indian boxer to suffer a first round exit in Tokyo.

The India women’s hockey team suffered the second straight loss and went down to Germany 0-2. Sajan Prakash, who became the first Indian swimmer to compete in two Olympics, finished 24th in men’s 200m butterfly heats with a timing of 1:57.22.

After beating Kazakhstan 6-2 in the last-16, the men’s archery team of Atanu Das, Pravin Jadhav, and Tarundeep Rai lost in straight sets to top seeds at the Yumenoshima Park.

Indians to watch out for on 27th July

Also Read: A golf course to himself for practice, Mane eyes Tokyo