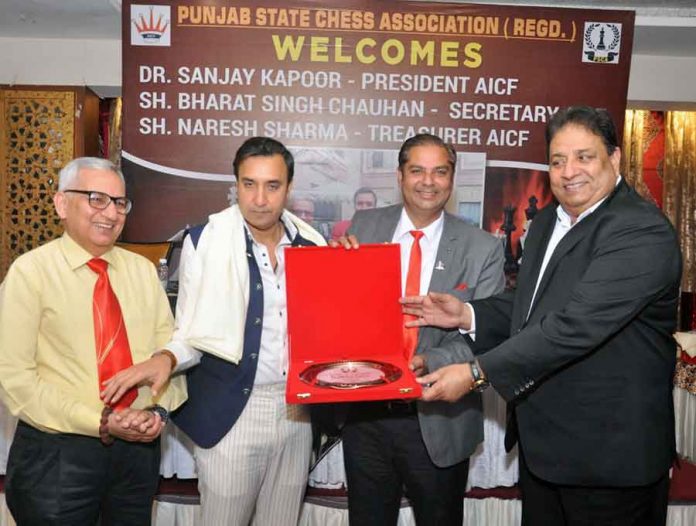 Jalandhar will host the inaugural season of the Punjab International Grandmasters tournament later this year. The announcement was made by the All-India Chess Federation president Dr Sanjay Kapoor, who also revealed that the Senior National Chess Championship 2021 will be held in Kanpur from April 13 to 20.

Dr Kapoor, the youngest AICF president, also highlighted plans to promote the sport in the country.

“We believe that fans need to see top players in action for chess to become a true phenomenon in the country and we aim to have the cream of the players for this tournament,” said Dr Kapoor, while unveiling a slew of new initiatives to also take chess to the States where it was not so popular.

He further explained that the federation from next month would be selecting and training at least three organisers in each district of India t for the development of chess at the grassroots level.

“Our goal is to create close to 1,500 trained organisers in the country soon so that we can have multiple tournaments all through the year,” he added.

The AICF president disclosed that 1,500 trainers were currently being trained by 14 Grandmasters and 14 International Masters as part of AICF’s Training for Trainer programme.

“Our aim is to create employment for thousands of chess coaches, who will in turn teach and develop lakhs of players. We are looking at creating an intellectual force in Modern India, the kind of which has never been seen before anywhere,” he declared.

The AICF was also in an advanced stage of talks with the Punjab Government for implementing the ambitious Chess in School programme in the State, said Dr Kapoor.

“We want every child in India to play chess for at least 3 to 4 years in their lives. Hundreds of chess teachers will be going to schools all over the country. We will also create the biggest digital platform so that lakhs can learn and play chess online,” he said.

Dr Kapoor, who made these announcements in Jallandhar, was felicitated by the Punjab State Chess Association for becoming the youngest AICF president.