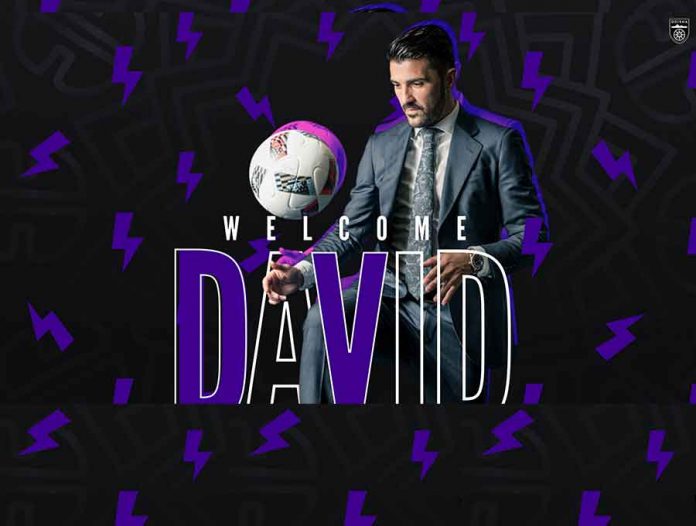 Odisha FC management has announced the association with Villa, who will head the global football operations of the Club as a Football Committee member, states a Press release.

“I will try to bring my experience. Obviously, I didn’t play in India but I played soccer for 20 years as a professional and before that in the academy. And in all of the projects that we (my team) are involved in, I try to give all of my experience that I have in soccer,” said Villa.

OFC CEO Rohan Sharma added “It’s an absolute pleasure to welcome David Villa and the DV7 group to the Odisha FC family! It’s crazy to think that when I started watching football I used to see David, on my TV.

“Now together we are trying to help grow football in Odisha. It’s also a pleasure to work with Victor Oñate who has years of football business experience in Spain and of course Coach Gombau who is not only a fan favorite but family to us. Together we are going to make sure Odisha FC matches our lofty expectations by finding the best players, coaches, and staff for the club.”

Former Odisha FC Head Coach Josep Gombau and Victor Onate are also associated with David Villa as a part of the DV7 group and have joined the Football Committee. Their role includes advising the coaching staff, improving the Indian and youth players, providing general support to the on field activities among others.

Regarded as the best forward of his era, Villa was the Silver Boot winner as the 2010 FIFA World Cup. He was also the top scorer at the 2008 Euro Championships. He has struck 59 goals in 98 outings in the Spanish colours.

Villa in his illustrious professional career has represented Sporting Gizon, Real Zaragova, Valencia, Barcelona and Atletico Madrid among other clubs in the USA and Australia.