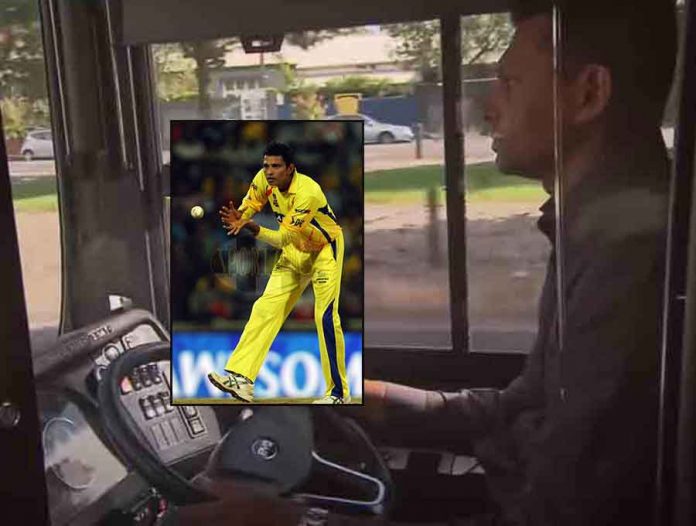 The man who represented Chennai Super Kings in the cash-rich Indian Premier League has now turned a bus driver for survival. He played under Mahendra Singh Dhoni for two successive years – 2011 and 2012 – and also has 86 international wickets under his belt from 12 Tests, 1 One Day Internationals and 7 T20 Internationals.

Believe it or not, today he is a bus driver, while he also continues to play in a local league in the city he chose as a career option. This is the story of former Sri Lankan off-spinner Suraj Randeev – Hewa Kaluhalamullage Suraj Randiv Kaluhalamulla.

Randiv is driving a bus in Melbourne for a French firm Transdev, which has also engaged two other international cricketers – Chinthaka Jayasinghe and Waddington Mwayenga – as drivers.

Cricket Australia had engaged Randiv as a net bowler to prepare for the recent home series against India.

Australia-based Indian journalist Bharat Sudarshan in a tweet had revealed that Randiv bowled to the Aussies at nets as they prepared to take on India.

“Kept thinking about how this net bowler has the exact same action as former Sri Lankan office Suraj Randiv and turns out it’s Suraj Randiv himself,” reads the tweet with a video of Randiv at the nets.

Kept thinking about how this net bowler has the exact same action as former Sri Lankan office Suraj Randiv and turns out it’s Suraj Randiv himself #AUSvIND pic.twitter.com/qIz6SrZ79Q

Randiv has also donned the Sri Lankan colours in the 2011 World Cup and played against India in the final at Mumbai.