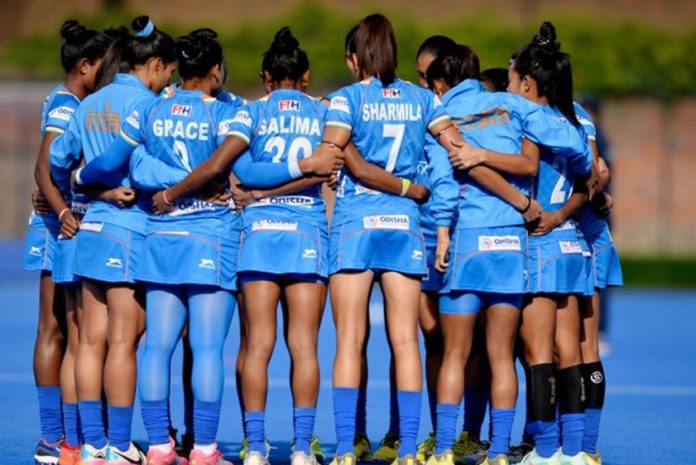 August 6, 2021 will be always remembered in the sporting history of India. Indian women’s hockey team fought courageously and put up a spirited performance to go down to Great Britain 3-4 in their first ever quest for an Olympic medal in Tokyo 2020. The Indian women had already created history by entering the semifinals of the Games for the first time. But the maiden Olympic medal remained out of bounds as world no.4 Great Britain, who were gold-winners in the 2016 Rio Games, came out on top. India scored three goals in a span of five minutes through Gurjit Kaur (25th, 26th minutes) and Vandana Katariya (29th) to stun Great Britain. But the Britishers found the net four times through Elena Rayer (16th), Sarah Riobertson (24th), skipper Hollie Pearne-Webb (35th) and Grace Baldson (48th) to emerge winners. Prime Minister, Shri Narendra Modi lauded the performance of the girls. In a post match video call, he consoled the emotional Indian women’s hockey team and given them the much needed moral boost. What these women have achieved for India is something that will be etched in all our minds for years to come.

Also Read: Boundless Aditi on the threshold of Olympic glory at Tokyo

All eyes are now at another Indian women, golfer Aditi Ashok  who is just a step away from winning a medal in Tokyo Olympics 2020. At the end of Round 3, Aditi Ashok, she is contention for a silver medal.  If all 18 holes are not possible on Saturday, Aditi Ashok will win silver based on her rank at the end of the third day.

Team India set an Asian record in the Men’s 4×400 Relay. The Team of Amoj Jacob, Noah Nirmal Tom, Muhammad Anas, and Arokia Rajiv placed fourth in Group B with timing of 3:00.25. Sadly, India was unable to advance to the following round. In the women’s 20 km walk final Priyanka Goswami of India finished 17th out of 58 competitors, while Bhawna Jat finished 32nd. Race walker, Gurpreet Singh was unable to complete the men’s 50km at Tokyo Olympics due to cramping in the sweltering heat and humidity.