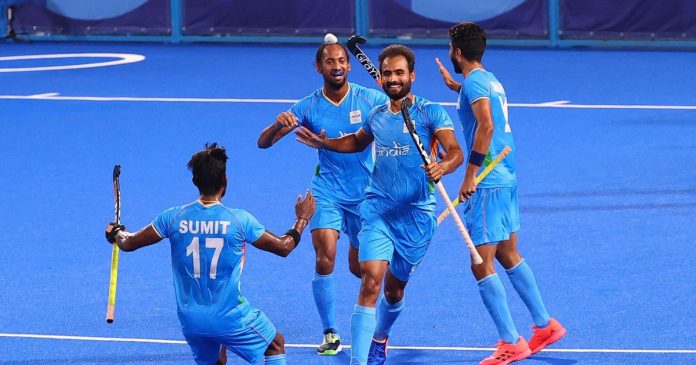 ‘Wins and losses are a part of life. Our Men’s Hockey Team at Tokyo 2020 gave their best and that is what counts’ – this tweet from India’s Prime Minister, Shri Narendra Modi, today morning, after the semi-final match between Belgium and India is just the right kind of motivation that the team needs right now after suffering a loss of 2-5 to Belgium in the semi finals.

The Indian boys took the lead 2-1 after going down early against Belgium. After being handed down a crushing defeat in the hands of Australia in their Pool A match, they came back solid and with great determination to reach the semi-final stage after a gap of 49 years.

Harmanpreet converted a penalty corner and Mandeep scored from open play in the first quarter. In the second quarter, Alexander Hendrickx scored from the penalty corner to make it 2-2 and repeated it in the 4th quarter to hand them the lead again. Hendrickx completed his hattrick as he converted a penalty stroke to make it 4-2 to Belgium. John-John Dohmen added a late goal  to finish it 5-2.

Belgium earned a staggering 14 penalty corners and gave away just five while India was founding for more at the both the ends.

The Indians continued to surge into the circle, creating a couple of chances with sharp bursts and short crosses. However, India couldn’t find the finish.

“We made some big mistakes in the circle and also the PCs. We will give our best in the next match. We will motivate and push each other for that bronze-medal game”, Mandeep Singh ends on this positive note while talking to the media after the loss.