Home Sportinghub Injured Iyer out of IPL, but no threat to his Delhi Capitals... 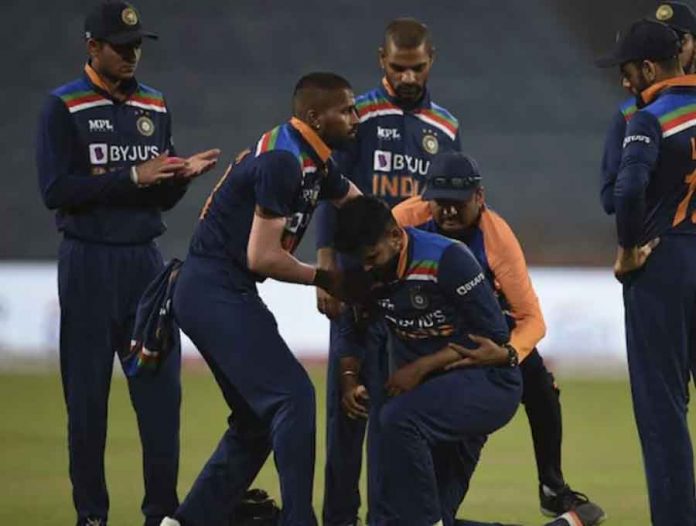 Shreyas Iyer is out of the Indian Premier League 2021 with an injury sustained during the One Day International Series against England. Delhi Capitals have passed on the captaincy to Rishabh Pant. This is a confirmation that Iyer will not be seen in action during the cash-rich league, starting on April 9.

The forced absence of the regular skipper is a blow to the Delhi Capitals, who will be in quest of their maiden IPL title. Iyer last year had led the Blue Brigade from the National Capital to their maiden IPL final.

The skipper had a ₹ 7-crore contract with the franchisee. Financial implications are an obvious and interesting question arising out of the Delhi Capitals enforced exit from the profession contract.

Iyer is scheduled to undergo a surgery on April 8, the eve of the grand start of the 14th season of the IPL. The recovery will take him longer than the stretch of the 60-match competition.

There is a consolation of the middle order India batsman. He will not suffer any financial loss. The ₹ 7-crore contractual fee will be compensated under the Players Insurance Scheme.

Yes. All the contracted IPL players are covered under the insurance package implemented in 2011. The insurance covers any financial loss suffered by a player on account of missing the IPL – partially or entire season – due to an injury sustained while playing for India or in the league.

Iyer, who also dons a magician’s and dancer’s hats, will thus be paid ₹ 7-crore under the insurance cover. But, nothing can compensate for the emotional blow of staying away from the high-octane action.