The IOC has named a Refugee Team for the second successive Olympics, following the success of the experiment at the 2016 Rio de Janerio Games.

The squad is picked from a pool of 56 prospective athletes training 13 countries IOC member countries. Six of them have been part of the first Olympic Refugee team at the Rio Games.

The size of the Refugee Team is up by almost three times from only 10 at the Rio Games.

“Following the success of Rio 2016, a Refugee Olympic Team (EOR) will participate for the second time, at the Olympic Games Tokyo 2020,” IOC has reported on its official website Olympic.com. 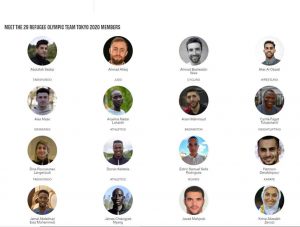 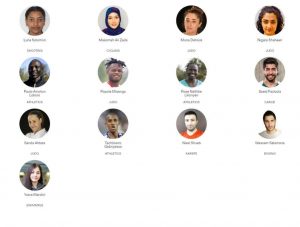 “I speak on behalf of the entire Olympic Movement when I say that we cannot wait to meet you in person and to see you compete in Tokyo,” said IOC President Thomas Bach.

“When you, the IOC Refugee Olympic Team and the athletes from the National Olympic Committees from all over the globe, finally come together in Tokyo on 23 July, it will send a powerful message of solidarity, resilience and hope to the world.

“You are an integral part of our Olympic community, and we welcome you with open arms.”

The squad members will get together as a team for the first time on July 12 and 13 at the Aspire Academy in Doha. The contingent will fly to Tokyo on July 14.

The refugee players will not be representing their nations of origin, but will march and compete under the Olympic flag. The contingent will march in the second position behind Greece at the opening ceremony.

“The participation of the IOC Refugee Olympic Team in the Tokyo 2020 Games, which will be both a festival of sport and a celebration of  peace, will draw the world’s attention to the issue of refugees and further advance efforts to achieve world  peace through the elimination of the wars and conflicts that cause people to flee their homeland,” said Tokyo 2020 President Seiko Hashimoto.

“I hope all athletes selected for the IOC Refugee Olympic Team will be able to perform at their personal best at the Tokyo  2020 Games.

“We will also continue to work closely with the IOC and other relevant parties as we make every effort to ensure a safe and secure stay in Japan for the IOC Refugee Olympic Team and their hosts.”

The 32nd Olympiad was rescheduled from July 23 to August 8 following the outbreak of the Covid-19 pandemic last year.

With the outbreak of the second wave of Covid-19, the Games yet again are facing opposition from Japanese residents, politicians and various organisations. As a safety measure, the Tokyo 2020 organisers have barred spectators from other countries from attending the Games, to be staged under the strict Covid-19 prevention guidelines.