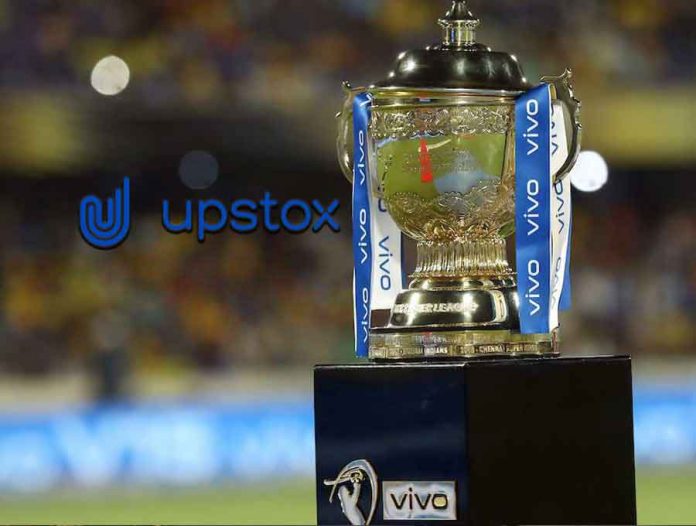 Value of brand Indian Premier League remains immune to the economic impact of the Covid-19 pandemic. India’s leading sponsor in sports, Vivo is back to honour its commitment after the one-year hiatus. The Board of Control for Cricket has announced another commercial partnership for the cash-rich league.

The IPL Governing Council (GC) has announced digital brokerage firm Upstox as an official partner for the upcoming edition of the league.

“We are pleased to have Upstox on board as an official partner of the Indian Premier League 2021. As one of the most-watched cricket leagues in India, IPL along with Upstox, one of India’s fastest-growing digital-trading platforms, can create a huge impact on the audience, especially the millions of Indian youth who are financially independent and looking for more options to manage their portfolios,” said IPL chairman Brijesh Patel.

Ravi Kumar, Co-founder & CEO, Upstox added, “We are thrilled to partner with BCCI for IPL 2021. In India, Cricket is more than just a sport. It is an important part of our culture and social life, with a huge fan-following, especially by the millennials. IPL has paved a bold new direction to Indian cricket in the last decade just like Upstox, which is revolutionizing finance in India. This is what sparks a natural connection between both the brands. With this integration of sports and finance, we intend to spread financial awareness across the country.”

The IPL 2021 will be played across six venues in India from April 9 when Mumbai Indians will open their title defence against Royal Challengers Bangalore.

The last season was played across three venues in the UAE – Sharjah, Dubai and Abu Dhabi. The teams this year too will not have any home advantage as all the matches have been scheduled on the neutral venue basis, which means no franchisee will be able to host their own game at the home venue.

According to a Duff & Phelps report, published last week, the IPL brand value has recorded a marginal decline of 3.% during the last season – being recorded at ₹ 47,500 crore as against ₹ 47,500 crore in 2019. The market is upbeat that the return of the league to India will not just see the deficit being bridged, but an all-time high value for the cricket’s most value commercial property is not ruled out.