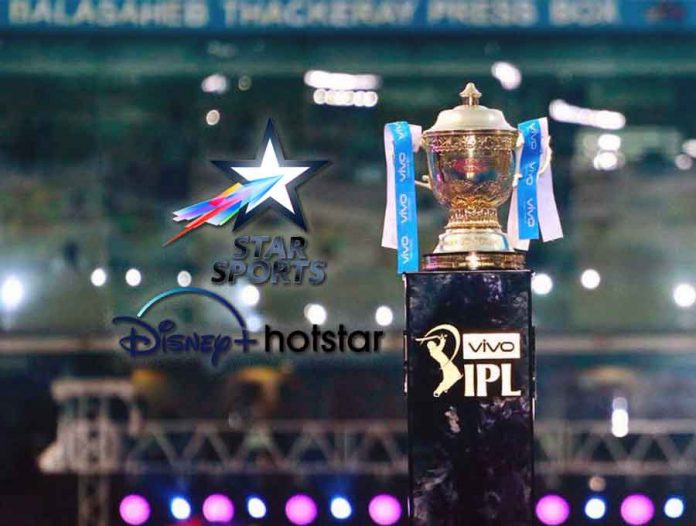 Host broadcaster Star Sports has a lot to cheer about as the Indian Premier League is back home after an offshore season in the UAE. A week and a half before the first ball will roll at the MA Chidambaram Stadium in Chennai; Star Sports is sitting pretty with its entire inventory sold out – at a premium.

A record 115 brands will be seen across Star Sports network channels and Disney+ Hotstar during the LIVE broadcast and programming for the 60 IPL games this year. Eighteen of these brands are in the sponsor category. There were 108 brands last year as Star had stopped ad sales a week before the league had began in the UAE.

It is also going to be a league of records for the Star India business sheets. The IPL host broadcaster had grossed around ₹ 3,100 crore last year, a gain of 40% over the previous season, in spite of the then prevalent bleak economic scenario due to the global impact of the pandemic.

The Walt Disney Company India-owned broadcast network this year has recorded a 22% year on year rise on the television and digital ad sales for the IPL. The contracts with 115 brands will aggregate a record ₹ 3,590 crore – the television accounts for ₹ 3,130 crores and another ₹ 460 come from the digital sponsorships and ad sales.

After a year of complete absence from the IPL, the Chinese smart phone brand Vivo is back to leverage its strong presence. Having opted out of the IPL title sponsorship last year in wake of the strong anti-China sentiment after the deadly virus had spread from Wuhan, Vivo had maintained a complete distance from cricket’s largest professional venture. Vivo this year has bought lucrative advertising spots even as it does not figure among the sponsors.

Byju’s will be the title sponsor for the pre- and post-match studio shows.

The Sportinghub had reliably learnt that a ‘Co-Presenting’ package is sold for ₹ 145 crore to ₹ 155 crore, based on the number of acquired spots. The associate sponsors will be doling out between ₹ 85 crore to ₹ 120 crores with different offerings.

The IPL this year will be broadcast live in seven languages – English, Hindi, Tamil, Telugu, Kannada, Malayalam and Bengali. All the feeds will be streamed live on Disney+ Hotstar.