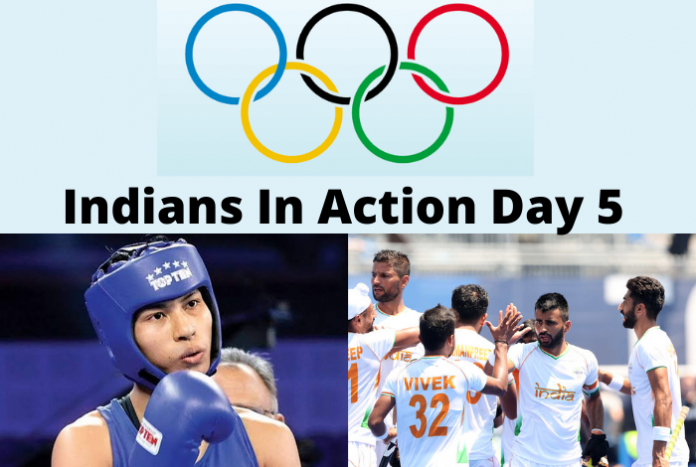 Indians continued with their no medal show for the fourth consecutive day, though there were some bright spots. The Indian men’s hockey team won 3-0 against Spain, which came as a huge relief for the team and the fans after being thrashed by Australia 1-7 on Sunday. Goals from Simranjeet Singh and Rupinder Pal Singh gave India the desired win.

In boxing, Lovlina Borgohain advanced to the quarterfinals by defeating German veteran Nadine Apetz in a closely-fought last-16 stage bout. She is a step away from winning a medal. She will face Nien-Chin Chen of Chinese Taipei, a former world champion in the quarterfinal on Friday.

Also Read: Bhavani bows out but not before making a statement

Badminton players Satwiksairaj Rankireddy and Chirag Shetty won over Gteat Britain in men’s doubles but failed to qualify for the quarterfinals on the basis of number of sets won.

Indian sailor Vishnu Saravanan climbed two places on the third day of the laser standard competition to end the day in 22nd place at the Enoshima Yacht Harbor on Tuesday. Meanwhile, Nethra Kumanan, in women’s laser radial class, continued her slide after another testing day in the waters.

In table tennis, Sharath Kamal lost to Ma Long but not before giving a tough fight to the three-time Olympic champion.

Indians in Action on 28th July