If Tuesday was a day of misses for India, Wednesday was definitely a day to cheer for India. The day began on an extremely happy note with Neeraj Chopra qualifying for the final of the javelin throw at the Tokyo Olympic Games with a stunning first attempt of 86.65m.

He kept India’s hopes alive for a medal from track and field by topping the qualification round in Group A. This was Chopra’s seventh best throw and third best of the 2021 season.

It was then the turn of Lovlina Borgohain who gave a good fight but had to be content with a bronze metal. She lost the semi-final bout in women’s welterweight (64-69kg) boxing to the reigning world champion Busenaz Surmeneli of Turkey via unanimous decision. Both pugilists started off on a cautious note but Surmeneli won the opening round to grab the early advantage.

It was wrestling all the way with Ravi Dahiya defeating Nurislam Sanayev of Kazakhstan in the semi-finals of the men’s freestyle 57kg and assured the country of at least a silver by qualifying for the final. Earlier, Ravi confirmed his spot in the semi-final after defeating Georgi Valentinov Vangelov of Bulgaria. Deepak Punia, on the other hand, beat China’s Zushen Lin to get a spot in the semi-final round of 86kg category. The final score of the quarter-final bout at Mat C was 6-3. 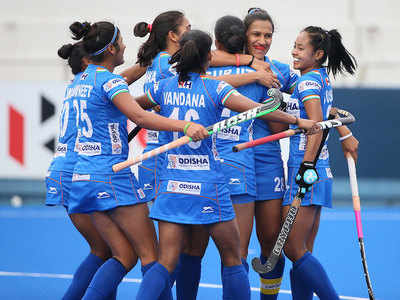 India’s women’s hockey team faced the mighty Argentina in the semi-final. Though Gurjit Kaur scored in the early moments  but Argentina struck twice via Noel Barrionuevo to win 2-1. India will play Great Britain for bronze.

The day definitely went to golfer Aditi Ashok who is playing her second Olympics. She is tied second with World No 1 Nelly Korda after Wednesday’s first round. Aditi is instrumental in putting women’s golf on India’s sporting map. After her opening four-under par 67, she told reporters at the Kasumigaseki Country Club, “A lot of people were trying to figure out what golf was, so that they could understand how I was playing and if I had a chance to win a medal.”

She had her dad as caddie in Rio, and this time it is her mum, Mash. “Women’s golf is not really on the radar of sports or people in India,” she said. “The impact would be huge,” is what she had to say to the media.

Readmore:- From icon to legend: A fitting tribute to India’s first track hero