Home Sportinghub Maiden who bowled over Jasprit Bumrah! Wedding wells over the weekend!! 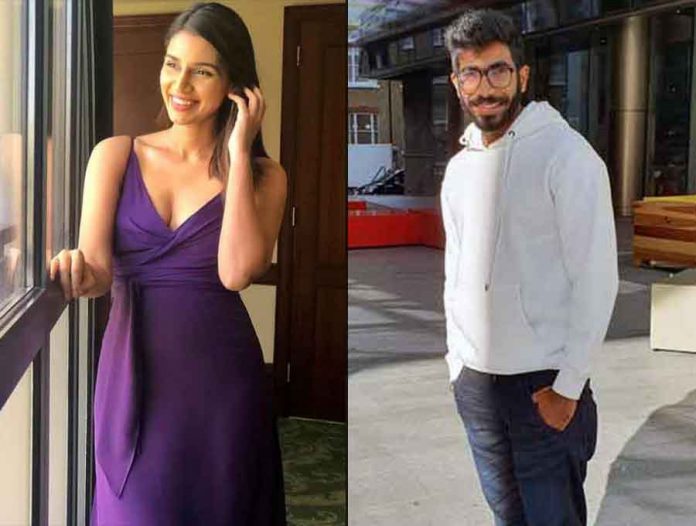 The Indian national cricket team had a task in hand! If not a win, then to must enforce a draw in white flannels in the last Test of the home series against England. As Virat Kohli & Co prepared for the crucial game at the Narendra Modhi Stadium in Motera, Ahmedabad, last week, their most potent weapon with the new ball – Jasprit Bumrah left the squad for “personal reasons”.

What unfolded during a little under three days, conclusively proved that there was little role for the home team new ball bowlers during the fourth and final Test of the India-England series. Bumrah’s departure though sparked as much speculation off the field, as the spin-duo of R Ashwin and Akshar Patel created visiting media persons interest in that “intriguing” 22-yard strip.

India was through to the finals of the ICC World Test Championships. With the five-match T20 International series at the same venue good one week away, media persons got enough time for digging deep into Bumrah’s “personal reasons”.

Amidst speculation that the speed merchant has been bowled over by a maiden, news first surfaced that Bumrah is tying the knot with South Indian actress Anupama Parameswaran. The guess work was dismissed by the actress’s mother herself. In an interview, Mrs Parameswaran rubbished the claims as rumours.

Now, news is ripe about Bumrah, who is also not picked for the five-match T20I series at his home town Ahmedabad, is marrying Sanjana Ganeshan in Goa on March 14-15.

Who is Sanjana Ganeshan? Where did the duo meet? So, the answer is on the cricket field. No. Sanjana is not a cricketer. Yes. She has a professional connect with the sport.

Sanjana Ganeshan is a sports presenter and often seen during the pre- and post-match broadcast shows. The 28-year-old TV presenter was a regular during the Indian Premier League broadcast on Star Sports.

Before switching to television broadcast profession, the 2013 Femina Miss India Pune leg finalist has also had a brief stint as a model.

According to reports, Sanjana is also on a leave at present and the reason, like Bumrah’s break from cricket,has not been specified.

A week of speculation is on the cards and then comes the reported, or speculated, big day of Bumrah’s life. And, expectedly, for Sanjana too.