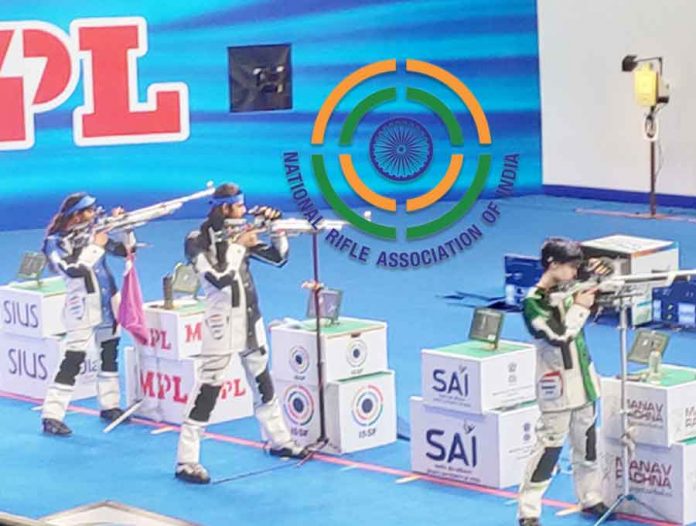 New Delhi, April 4 – The National Rifle Association of India has announced a 15-member squad for the Tokyo 2020 Olympic Games. The selection panel has also named 14 reserve shooters as a cover for each event.

NRAI president Raninder Singh had advised to have a strong reserve strength keeping in mind the Covid-19 pandemic.

Women’s 10M Air Rifle World No. 1 Elavenil Valarivan is the lone shooter in the 15-strong squad to not have won the quota place herself. She has been given the place earned by Anjum Moudgil. Under the Olympic rules, any quota place belongs to the national federation.

The selection committee also decided swap the quota won by Chinki Yadav in the Women’s 25M Pistol in favour of Anjum Moudgil. The decision will enable Anjum to compete in the Women’s 50M Rifle 3 Positions alongside former World Champion Tejaswini Sawant.

The quota won for the nation can only be swapped within the same gender.

Manu Bhaker, whose overall performances in the Women’s 25M Pistol had been excellent, would take advantage of the double-start rule and compete in both the Women’s 10M Air Pistol and the 25M Pistol individual events.

Anjum would also compete in the Mixed Air Rifle Team competition alongside Deepak Kumar as India’s second team in the event. Elavenil and Divyansh would form the first pairing. Apurvi Chandela, therefore, will compete only in the Women’s 10M Air Rifle individual competition.

“The National Selection Committee’s main focus was to select the strongest squad for the Games and to ensure that the most consistent performers in each event during the course of this entire Olympic cycle do not miss out,” said Raninder Singh.

“I believe they have done an excellent job on both those fronts and we are confident that this selection will deliver. The selection I believe has been done purely on merit and in keeping with the provisions of NRAI’s Olympic selection ranking policy.

“This merit-based approach has enabled us to field a third specialist shooter in the Women’s 10M Air Rifle event as well as go with the two best shooters in Women’s 25M Pistol event.”

The Tokyo Olympics, deferred from the original schedule last year due to the Covid-19 pandemic, are scheduled from July 23 to August 8.