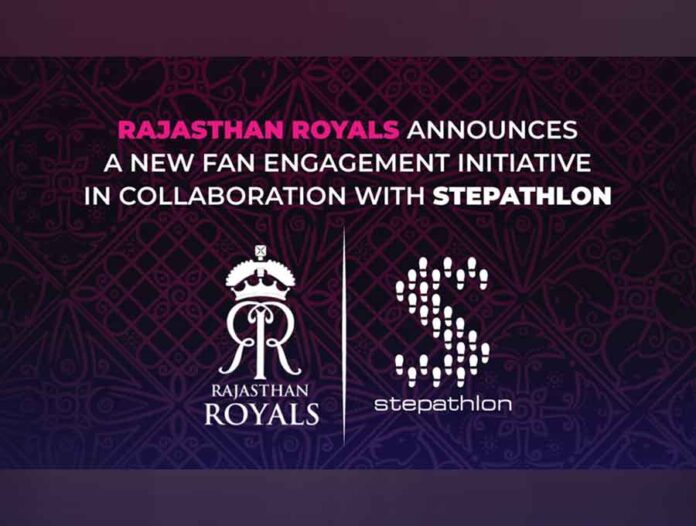 Rajasthan Royals, the first Indian Premier League champions, has announced a vital partnership with a view to engage deeper the fan community. The IPL franchisee has joined hands with fan engagement and wellness brand Stepathlon.

The partnership will focus on engaging the Royals community deeper and help existing fans stay closely connected to the Club whilst also expanding the Royals fan base and delivering value to Rajasthan Royals stakeholders. Further details of the event, including dates, will be announced shortly.

“We are positive that this unique initiative with Stepathlon, will help us deeply connect with our fans and grow the ‘Royals’ community across the globe,” said Rajasthan Royals lead owner Manoj Badale.

“I’m personally, and professionally, thrilled about this collaboration. Continuous fan engagement is the holy grail in Sports and Entertainment, and we are thrilled that Stepathlon delivers deeper and more meaningful fan engagement whilst creating a healthier, happier more productive planet” added Stepathlon Chairman and Founder Ravi Krishnan, the former IMG India head.

Rajasthan Royals is part of Royals Sports Group, which also operates the Barbados Royals in the Caribbean Premier League.

The Stepathlon format aims to break the cycle of sedentary behaviour and help people understand and manage their health and wellbeing, by rewarding them for achieving their health goals.

All teams will travel to Pakistan for 2025 Champions Trophy: ICC chairman

A family is bonding this week at Royal Calcutta Golf Club

Past is passé for Angad Cheema is rooted in the present

Amid COVID chaos, Lawrence chalks out Open route via Joburg

Kshitij ahead, but just as Angad and Ankur close in

One goal, different routes, that’s for Chan and Sihwan

Lawrence focused on job in Joburg amid COVID distractions

Ankur Chadha soaks in moment under the sun

Man of few words, Kshitij lets his clubs do the talking

A family is bonding this week at Royal Calcutta Golf Club

Past is passé for Angad Cheema is rooted in the present

Ankur Chadha soaks in moment under the sun

Man of few words, Kshitij lets his clubs do the talking

Hope floats as Kurush Heerjee pulls off a first

No better stage to bounce back for Mithun Perera than venue...