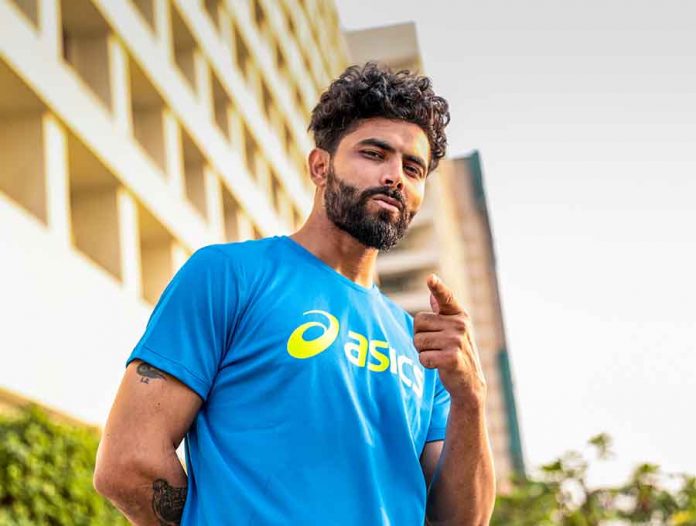 The effervescent player who is revered by the younger generation of the country is known for his passion, pace and performance, resonating well with the AISCS brand’s motive, states a Press release.

The brand catapults its performance outlook by joining hands with the much admired sportsman whose game and playing style aim is all about seamless time, pace and rhythm.

With ASICS’ brand  philosophy of enabling A Sound Mind in a Sound Body, this partnership lends itself naturally to propagate a healthier lifestyle in order to connect with the technologically and momentum driven consumers.

Known for his swashbuckling batting, wicket taking abilities and agility on the field, Ravindra Jadeja has picked up over 425 wickets and scored over 4000 runs in the international cricket games. Jadeja is regarded as one of India’s top athlete as he played his debut game  at the age of 16 in the world of cricket.

Commenting on the association Rajat Khurana, Managing Director, ASICS India and South Asia said “We are elated to announce our association with the stellar Ravindra Jadeja from the Indian cricket fraternity with ASICS India.”

Delighted about his association with ASICS, Ravindra Jadeja said, “ASICS has an incredible track record for helping athletes across sports and enabling them to reach the peak of their sport. I deeply cohere with their vision and philosophy and hope that together we are able to drive a more relevant and meaningful change in the minds and lives of young athletes.”

The high performance brand, ASICS has been working with young and fresh athletic talents across various genres of sports. Known as the pioneer in the running category, ASICS India’s partnership with Ravindra Jadeja would further strengthen the company’s commitment, spread awareness about the diverse offerings and magnify the reach of the brand during the upcoming IPL season.