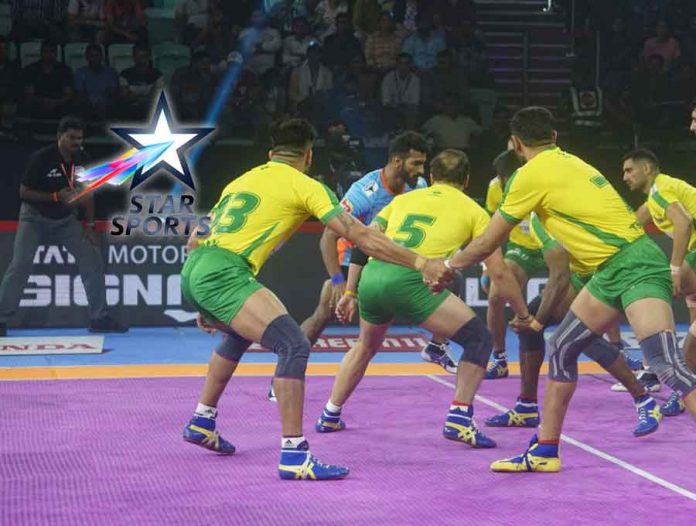 Star India has retained the Pro Kabaddi League media rights for the next five-year cycle. Mashal Sports, owner of PKL, will be richer by ₹ 900 crores at ₹ 180 crore per annum – a 100% increase over last year’s value.

Besides the monitory commitment, Star India will also be responsible for producing world-class feed and deploy its marketing commitment for the league.

Even as Star India owns a majority 74% stake in Mashal Sports, a tender process was initiated for the PKL media rights. “Star India has emerged as the successful bidder following an online auction and has retained the Consolidated Rights Package on offer,” states Mashal Sports.

The tender process, according to a source, was initiated due to pressure built by the PKL franchisees, stake holders in the league’s overall revenue. Franchisees were not happy with the “league owners” retaining the broadcast rights for its parent entity at a pre-decided value.

The media rights deal is expected to double the returns of the franchisees. Star India has built the league year by year, adding commercial value with its investment, broadcast and marketing strategies. The initiative has catapulted this rural Indian sports as the second most-watched television sport in the country. Cricket, off course, being the market leader with an unbridgeable gap.

The broadcaster had also retained the title sponsorship for the first seasons, until Vivo India offered a lucrative five-year deal worth ₹ 300 crores.

“Our focus during this rights period will be to further build on the success of PKL and work closely with Star India to offer our fans more and innovative ways to engage with PKL through various mediums including television, digital and gaming,” Mashal’s chief executive and league commissioner Anupam Goswami said.

Star India Private Limited was the Media Rights Partner for PKL for the first seven seasons of the League. This was the first time Mashal Sports offered the Media Rights to eligible domestic and global players through an open tender process.