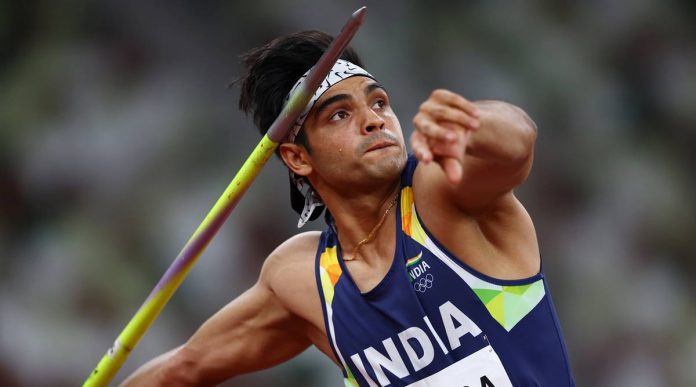 What a way to end the Olympics for India – Javelin thrower, Neeraj  Chopra wins the first Olympic gold medal in athletics for the country in Tokyo 2020. This is India’s 7th medal at Tokyo 2020, the best ever medal haul for India at a single edition of the Games.  It is also India’s second-ever individual gold medal at the Olympics, after Abhinav Bindra in Shooting.

The national anthem was giving goosebumps to not only those Indians present in the stadium but millions of Indian glued on to their television screens back home. The 23-year-old from Khandra village near Panipat in Haryana produced the second throw of 87.58m in the finals to stun the world and end India’s wait for a track and field medal in the Olympics. Neeraj Chopra will be taking the flag for India at the Tokyo Olympics closing ceremony.

Another medalist for India today was wrestler Bajrang Punia’s bronze. He defeated Daulet Niyazbekov of Kazakhstan 8:0 in his Bronze medal match to win a sixth medal for India in the Tokyo Games in 65kg category.

Prime Minister Narendra Modi congratulated Punia on his victory in a tweet: “Delightful news from #Tokyo2020! Spectacularly fought Bajrang Punia. Congratulations to you for your accomplishment, which makes every Indian proud and happy.”

Golfer Aditi Ashok played some brilliant golf to finish 4th and missing the medal by a whisker. After finishing 41st in Rio, she has clearly improved in leaps and boounds.