At the Yumenoshima Park Archery Field, World’s No1 archer Deepika Kumari was ninth in the women’s ranking on Tokyo Olympics with 663 points out of 720 hitting 30 10s and 13X’s in her 72 arrows.

Also Read:- Rio 2016 was all about the experience for Anirban Lahiri

Deepika had a challenging day as she kept moving up and down in the leaderboard throughout the event. 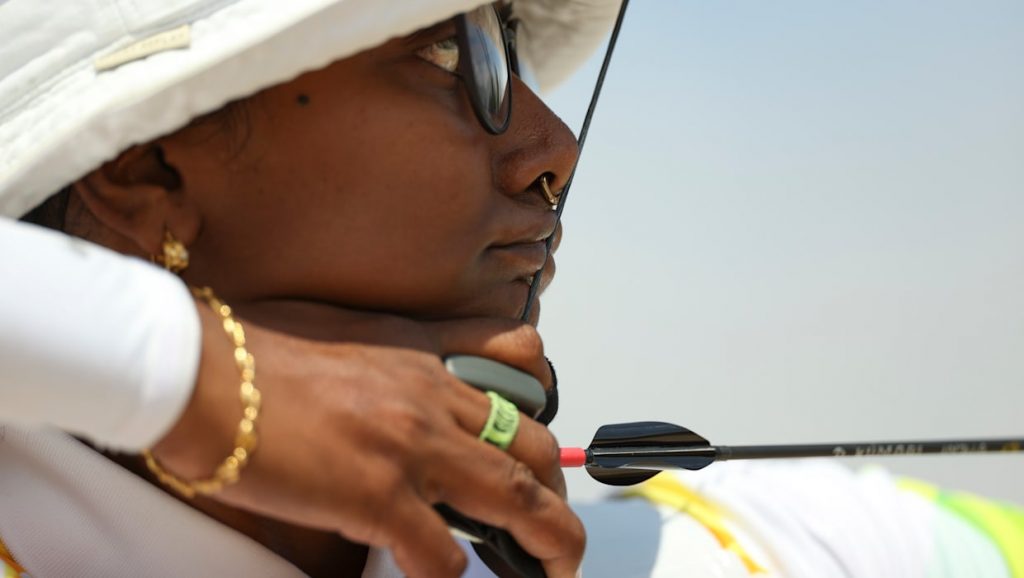 With her ninth-place, Deepika Kumari will face her first elimination round with Bhu Karma from Bhutan who is tied 56th now.

The Indian men’s trio of Atanu Das, Tarundeep Rai, and Pravin Jadhav endured tough competition in the individual ranking round on the opening day. Atanu Das finished a disappointing 35th with 653 points in 72 arrows in the Ranking Round. With scores Tarundeep with a score of 54, 55, 56, 54, 56, 55 in the 2nd half managed to finish strong.

The opening ceremony was understandably a toned down affair. The Games which were inaugurated by Japanese Emperor Naruhito, highlighted Japan’s rich culture and heritage. Although there were officials and some participants, there were fireworks and music from famous Japanese video games. This was followed by the competing nations who walked in, led by Greece, with host nation Japan entering the stadium last. India fielded a total of 19 Indian athletes in the opening ceremony, including flag-bearers boxer MC Mary Kom and men’s hockey team captain Manpreet Singh, besides six officials, participated in the ceremony.