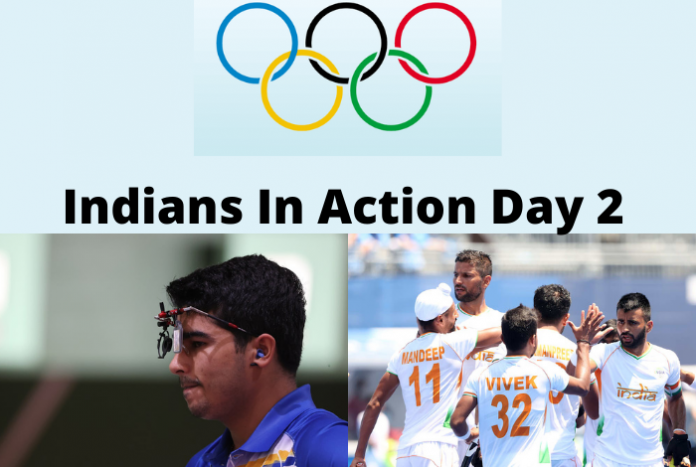 In badminton, Satwiksairaj Rankireddy and Chirag Shetty won a thriller after beating World No. 3 pair of Yang Lee and Chi-Lin Wang of Chinese Taipei. The Indian hockey team too started their campaign on a winning note against New Zealand with a 3-2 win. However, the women’s hockey team lost against The Netherlands 1-5 later in the day. Though they showed grit and determination in the first half, they failed to keep up the momentum in the latter part of the match.

Also Read: Olympic gold not out of Matsuyama’s reach

Arjun Lal and Arvind Singh made a solid start in Lightweight Double Sculls but finished fifth. Saurabh Chaudhury was left disappointed in the finals despite winning the qualifying round. He finished seventh with a score of 137.4. Elavenil Valarivan and Apurvi Chandela, women shooters, failed to qualify for the finals of the 10m Air Rifle Women’s event, finishing outside the top eight spots.  In the Men’s Welterweight Round of 32, boxer Vikas Krishan was defeated by Japanese boxer Sewon Okazawa by a score of 5-0.

Watch out for Indians in action on 25th July (Sunday)