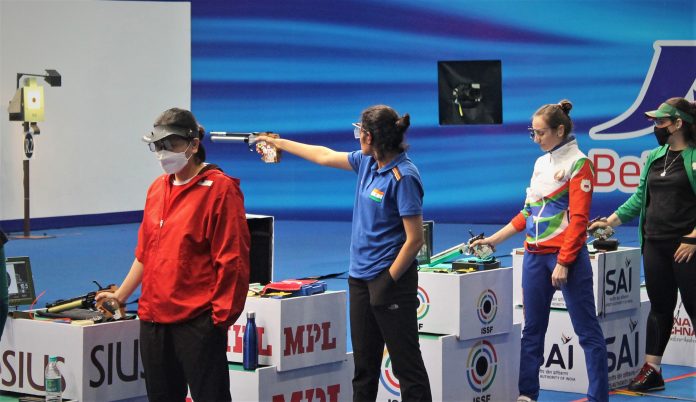 Perseverance appears to be the hallmark of Yashaswini Deswal as she displayed unflinching determination to win the women’s 10 metres air pistol gold in the ISSF World Cup at the Karni Singh Range on Saturday.

India dominated the event with Manu Bhaker getting silver ahead of Belarus’ Viktoria Chaika.

For Yashaswini, 23, the gold is a vindication of keeping faith and going on with her preparations despite the events that unfolded outside the shooting range. 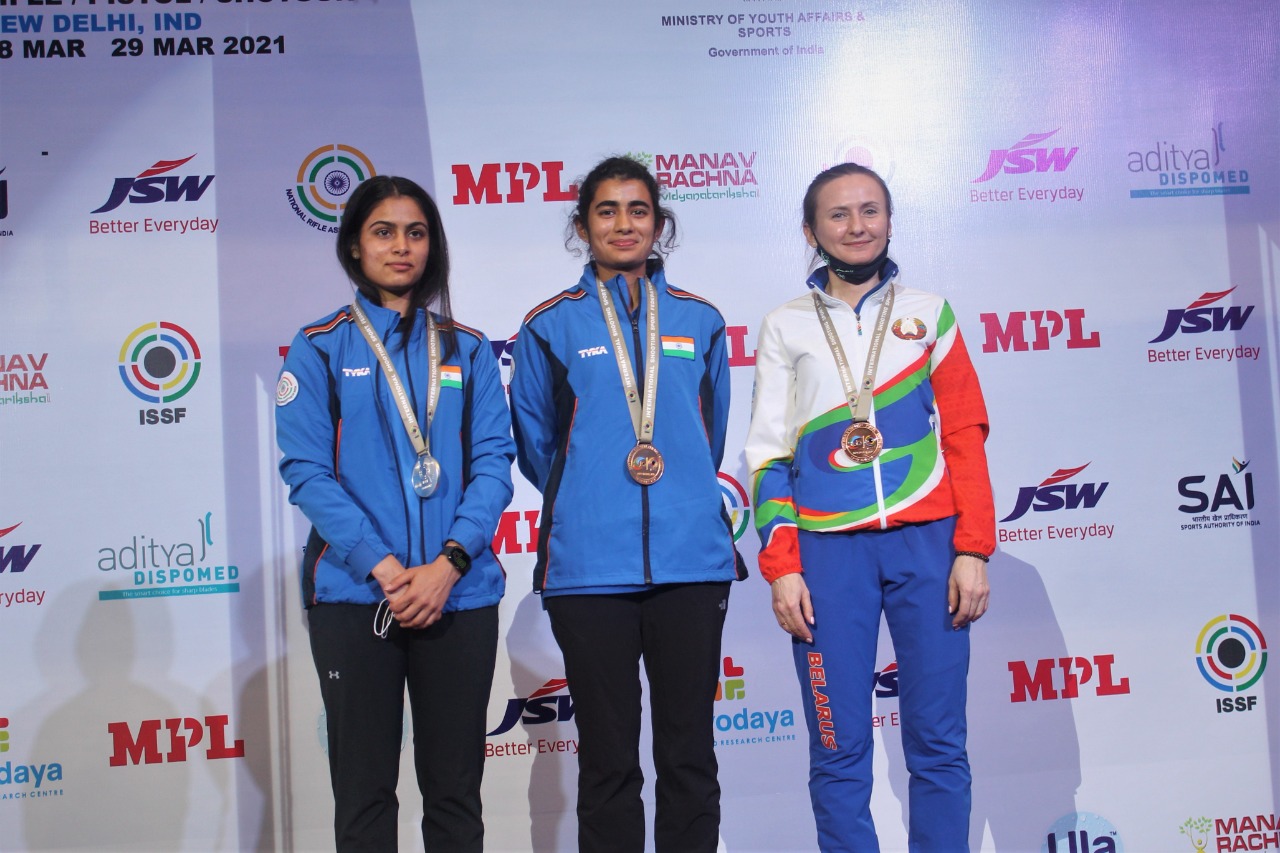 Last month, the National Rifle Association of India (NRAI) had banned Yashaswini and 14 other shooters for taking part in events during lockdown that were not sanctioned by the ISSF, the international body, and NRAI. Things looked bleak for this group at this juncture till NRAI president Raninder Singh intervened and revoked the ban.

By winning gold on Saturday, Yashaswini proved that she is capable of handling pressure. She had won the quota to the Tokyo Olympics during the 2019 qualification cycle, and her performance of late should also cement her place in the national team for the Olympics as the Delhi World Cup is a test for the Tokyo-bound athletes.

At the start of the World Cup, the focus was on India’s World No 1 in women’s 10m air rifle Elavenil Valarivan. The 21-year-old is yet to book an Olympic quota place but is considered a strong candidate for the Olympics because of her world ranking.

However, during the qualification on Friday, Elavenil shot 626.7 to finish 12th in a field of 48 shooters. With this average performance, her chances of taking the flight to Tokyo look bleak. Same is the case for Anjum Moudgil and Apurvi Chandela. The duo had won the Olympic quota, but in qualification Apurvi shot 622.8 to finish 26th and Anjum qualified for the final and finished fifth. 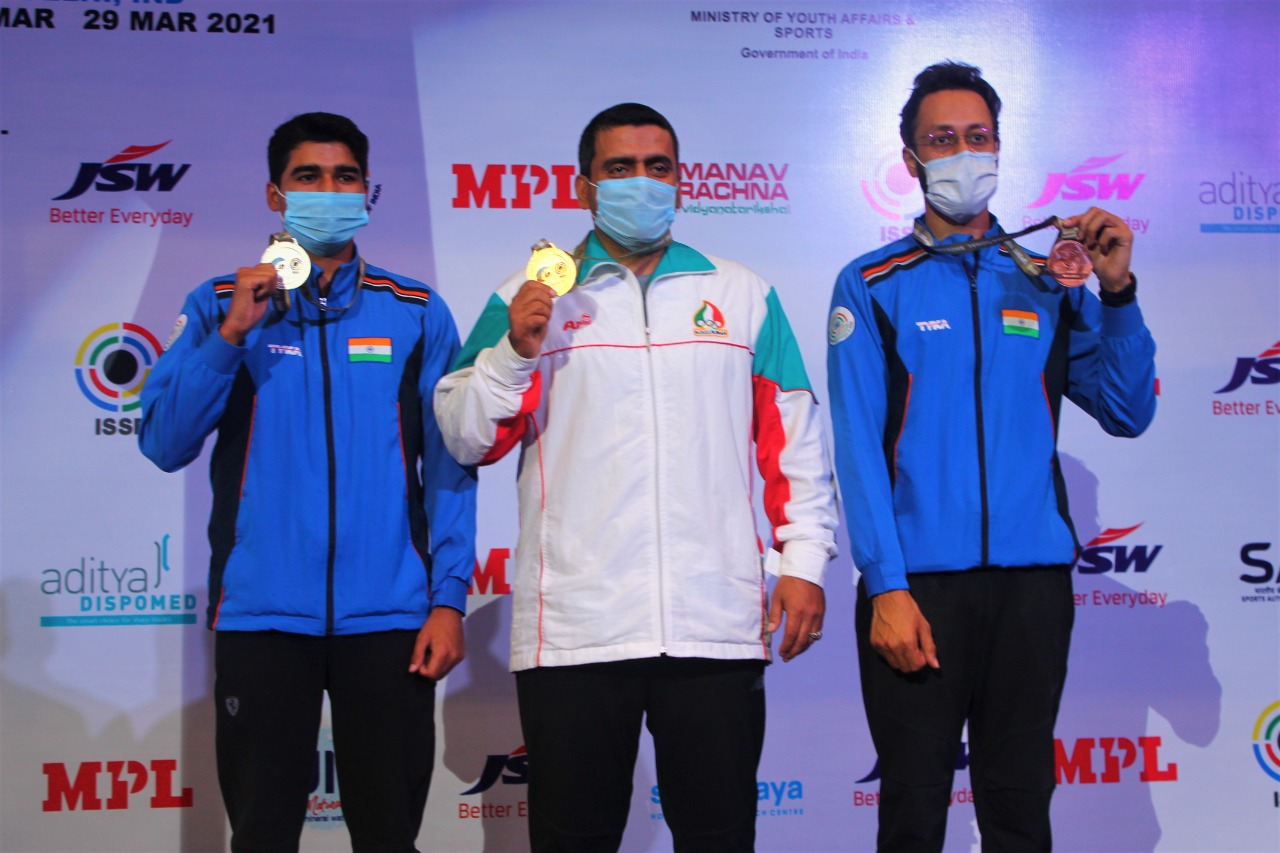 ReadMore:- Virat Kohli to step down as India’s T20I captain after World Cup